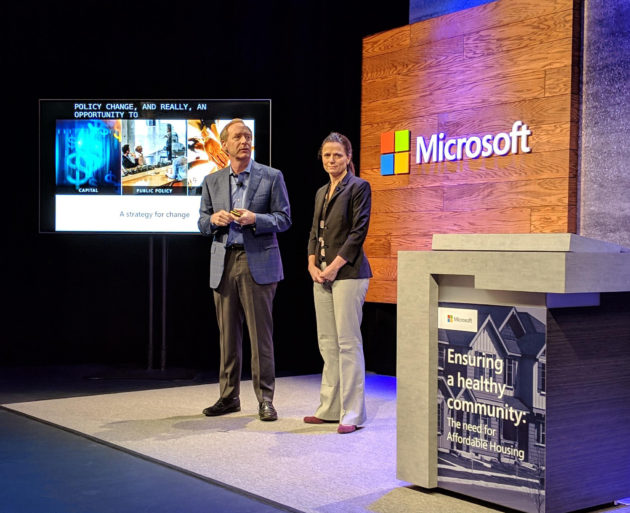 Microsoft is increasing its spending on affordable housing and homelessness philanthropy in the Seattle area by 50 percent.

The company announced it will spend an additional $250 million on the issue, on top of the $500 million fund launched one year ago.

Microsoft started a trend in the technology industry when it announced the affordable housing pledge. In the year that followed, several of Microsoft’s tech titan peers followed suit. Their increasingly large housing commitments have changed the dynamics of tech philanthropy. Once a pioneer, Microsoft is now in the middle of the pack when it comes to the overall financial commitment of each company.

But today Microsoft is upping the ante. The new $250 million will come in the form of a line of credit to the Washington State Housing Finance Commission. The capital will allow the commission to provide more tax-exempt bonds for affordable housing projects, Microsoft said.

Microsoft is still doling out its original $500 million budget in the form of grants and loans. The novel financial model of the program is designed to spur long-term housing production in …read more