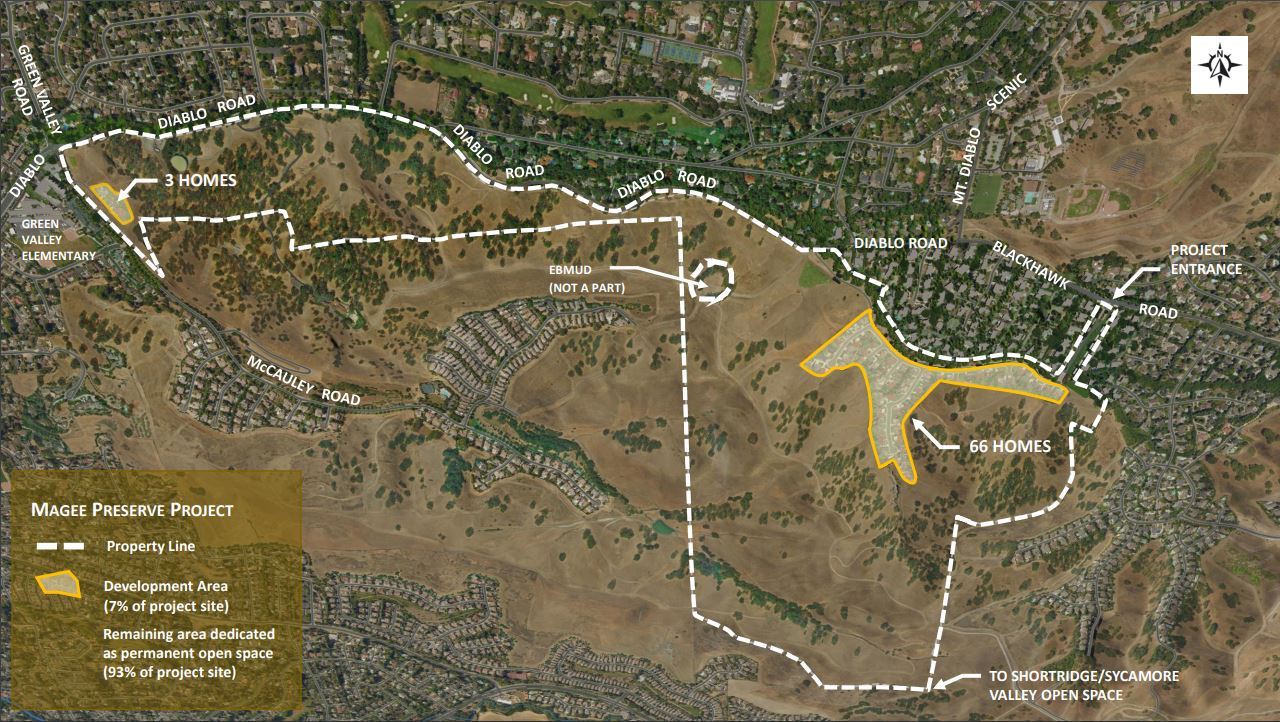 The park district made the announcement Monday as part of agreement with the landowner, according to a district news release. The district is hoping to expand Sycamore Valley Open Space Preserve in Danville as part of the Magee Ranch Preserve development plan. Fee title purchases are voluntary transactions between a landowner and a purchaser, which is the park district in this case.

“Since 1998, the park district has been acquiring land to create Sycamore Valley Open Space Preserve, a gorgeous publicly accessible Danville park stitched together by land dedications from six different housing developers over the years,” said EBRPD General Manager Robert Doyle in a statement. “With the additional 390 acres, Sycamore Valley Open Space will reach a total of 1,085 acres with over 3.5 miles of new trails of beautiful vistas of Mount Diablo and the Tassajara Valley.