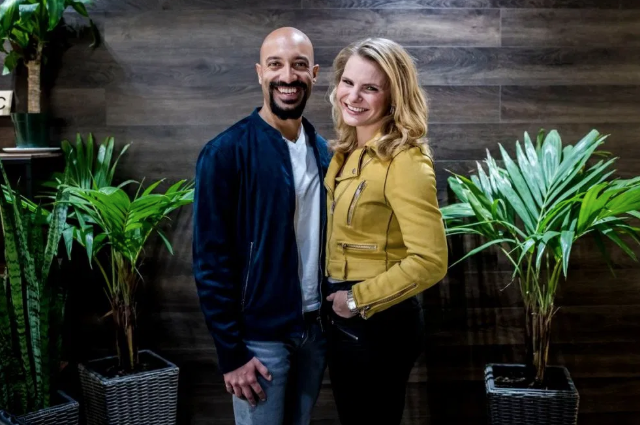 “If I was running Clearbanc by myself, it probably would have gone off the cliff eight times at this point,” says Clearbanc co-founder Andrew D’Souza.

“If I were running the company by myself, it would be half its size,” adds Michele Romanow, Clearbanc’s other co-founder.

In addition to starting the $420 million-backed fintech company together, D’Souza and Romanow are in a relationship.

The two initially met at an event in San Francisco, and followed up with a friendly informational interview at a Mexican restaurant. D’Souza’s fundraising experience was a draw for Romanow, who at the time was looking for information about how to raise cash for her startup. Romanow ended up selling her company to Groupon, but her conversation with D’Souza helped to anchor the valuation. It was also the beginning of a relationship.

When they started dating in 2014, they swapped war stories about company building. Their connection hinged on this initial commonality — D’Souza had fundraised all his businesses, whereas Romanow had bootstrapped. It was from these conversations that they created Clearbanc, the Canada-based VC firm that specializes in non-dilutive revenue share agreements for startups.