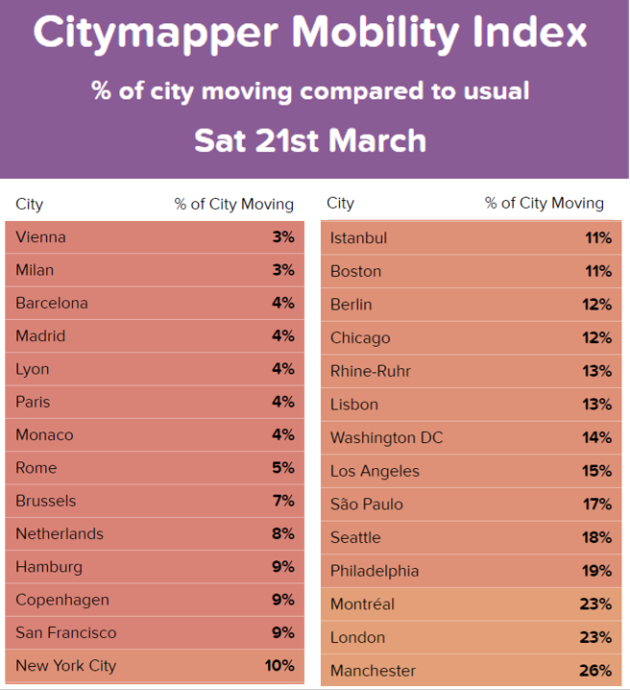 Data from mobility app Citymapper shows the relative amount of activity in cities around the world, vs. normal patterns in each area.

Seattle-area residents have significantly reduced their movement around the city as state and local officials have urged citizens to stay home to limit the spread of COVID-19. However, the decrease in activity Seattle hasn’t been as sharp as in San Francisco and New York, where officials are not just urging but ordering people to stay at home except for essential activities.

That’s according to an index from mobility app Citymapper, which studies app usage and trip-planning to measure current activity in a city against a more typical period.

Seattle’s activity was 18% of normal on Saturday, according to the latest Citymapper data, released this weekend.
Activity in New York City, part of Gov. Andrew Cuomo’s statewide executive order on Friday, was about 10% of normal on Saturday.
In the Bay Area, which has been under “shelter in place” orders for almost a week, activity in San Francisco was 9% of normal.

The numbers are bringing new calls for Washington state and Seattle to take more drastic action to keep citizens from spreading the disease through social interactions.