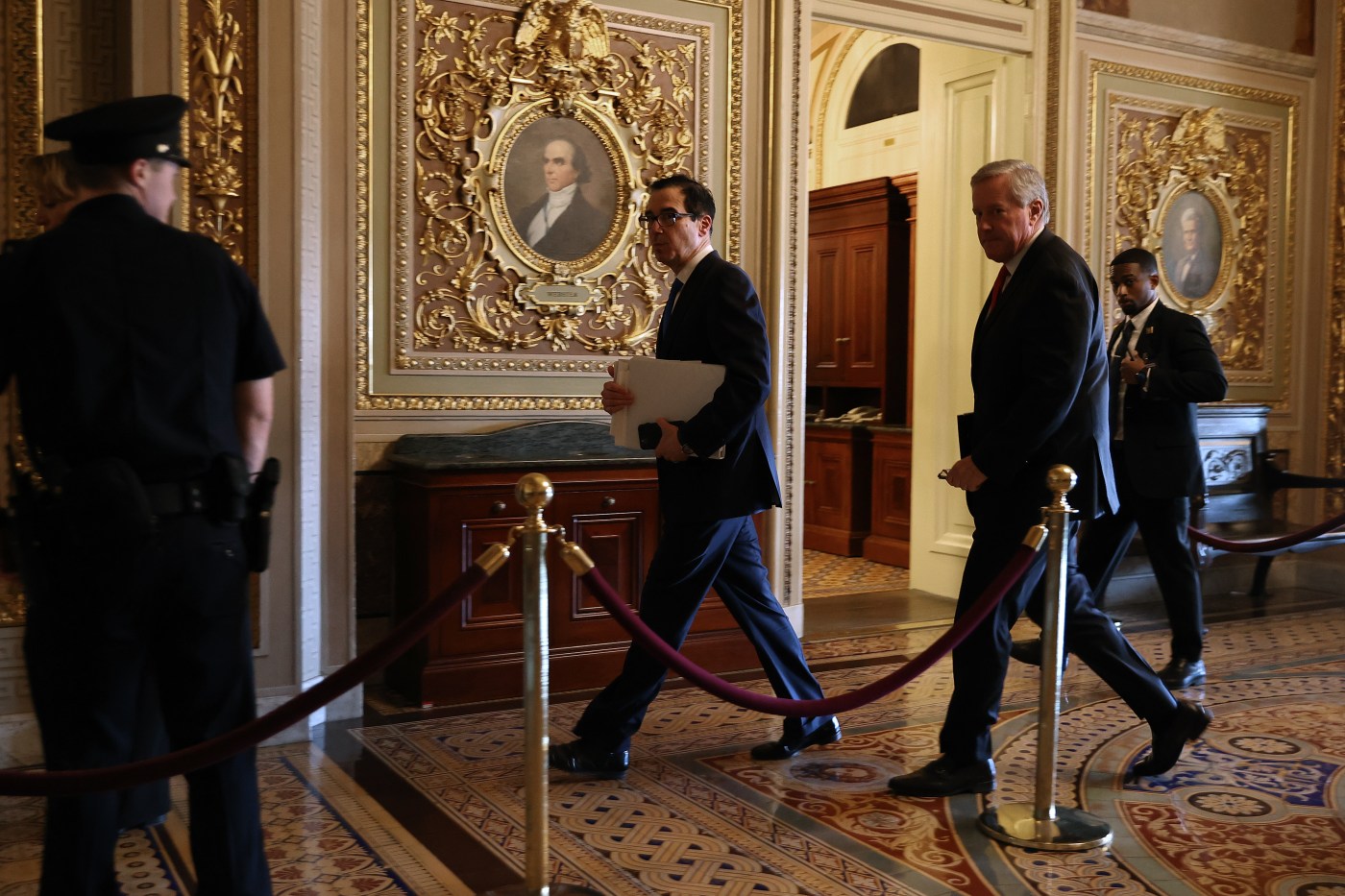 Top negotiators signaled on Tuesday that a bipartisan deal on a massive stimulus package to respond to the coronavirus crisis is imminent, but by early evening a final deal still had not yet been announced.

With the time slipping as senators and the White House continue to negotiate the final language of a massive economic stimulus in response to the coronavirus crisis, it’s growing increasingly unlikely that both chambers of Congress will give final approval to the plan Tuesday night as some had hoped earlier in the day.

Leaders in Congress and the Trump administration have been working for days to pass as quickly as possible a roughly $2 trillion economic stimulus package, which would include direct payments to taxpayers among hundreds of billions of dollars in other stimulus measures.

A senior Democratic aide said that it’s unlikely the House can approve the Senate deal Tuesday night. That’s because lawmakers will need time to review the details of the bill and may need to hold another conference call to discuss the elements of the Senate plan.