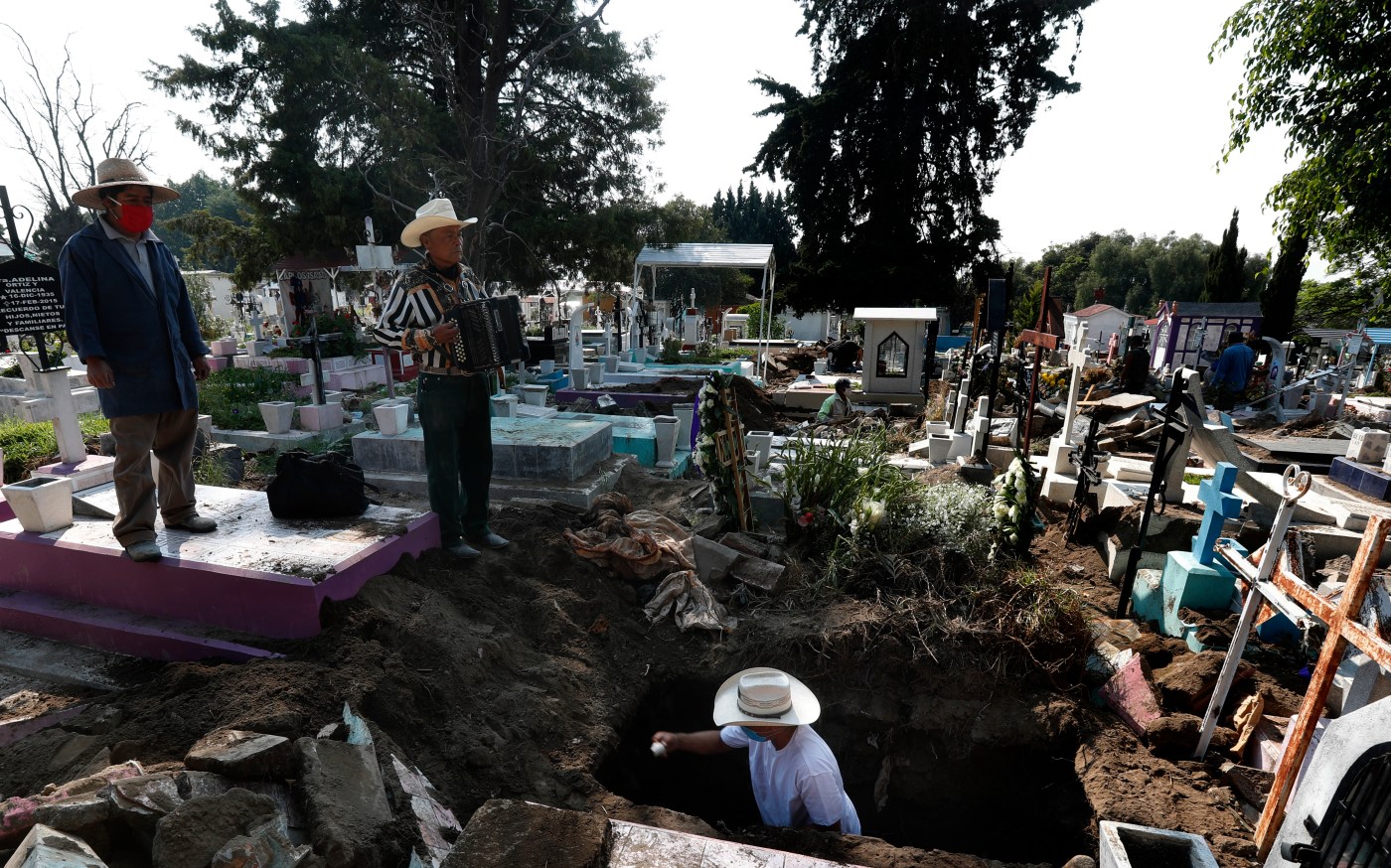 RIO DE JANEIRO — The coronavirus pandemic accelerated across Latin America on Friday, bringing a surge of new infections and deaths, even as curves flattened and reopening was underway in much of Europe, Asia and the United States.

The region’s two largest nations — Mexico and Brazil — reported record counts of new cases and deaths almost daily this week, fueling criticism of their presidents, who have slow-walked shutdowns in attempts to limit economic damage.

Brazil reported more than 20,000 deaths and 300,000 confirmed cases, making it the third worst-hit country in the world by official counts. Experts consider both numbers undercounts due to the widespread lack of testing.

The virus “does not forgive. It does not choose race or if you are rich or poor, black or white. It’s a cruel disease,” Bruno Almeida de Mello, a 24-year-old Uber driver, said at his 66-year-old grandmother’s burial in Rio de Janeiro.

Infections rose and intensive-care units were also swamped in Peru, Chile and Ecuador, countries lauded for imposing early and aggressive business shutdowns and quarantines. Many experts said the rising death toll across Latin America showed the limits of government action in a region where millions …read more