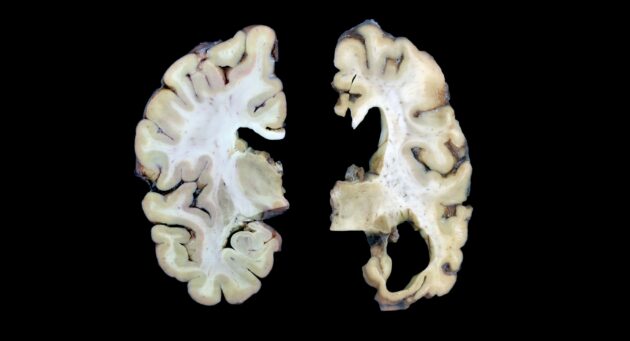 This image shows a section of one hemisphere of a healthy brain from an older person at left,and a brain with advanced Alzheimer’s disease at right. (UW Medicine Photo)

Alzheimer’s and other forms of dementia affect 5.8 million Americans, and by 2050, that number is expected to rise to nearly 14 million. It’s the sixth-leading cause of death in the U.S. The Alzheimer’s Association estimates that treating dementia will cost the nation $305 billion this year, and more than $1 trillion in 2050.

Researchers at the Allen Institute have been delving into the neurological roots of dementia for years, but recent developments could accelerate progress.