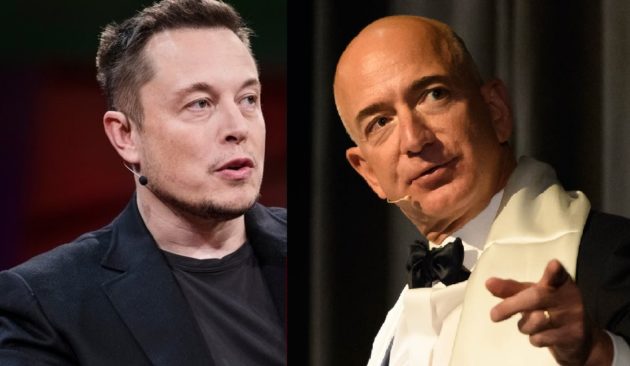 Another tweet, another catfight: Billionaire CEO Elon Musk has once again accused super-billionaire Amazon CEO Jeff Bezos of being a copycat.

This time, Musk took aim at Amazon’s $1.2 billion acquisition of Zoox, a venture focusing on self-driving cars that could compete with Tesla, the car company that Musk heads:

.@JeffBezos is a copy 🐈 haha https://t.co/plR7uupqBG

For years, Musk and his Tesla team have been fine-tuning an autonomous driving system that could eventually reach full self-driving status, sparking controversies along the way. Several auto companies are developing their own sets of autonomous driving capabilities, but for now, Tesla is the industry leader.

California-based Zoox is seen as one of the up-and-comers. It’s currently testing a set of Toyota Highlanders that have been retrofitted with self-driving capabilities in San Francisco and Las Vegas. Before the coronavirus outbreak hit, Zoox was planning to unveil an innovative type of bidirectional vehicle later this year and begin testing its own …read more