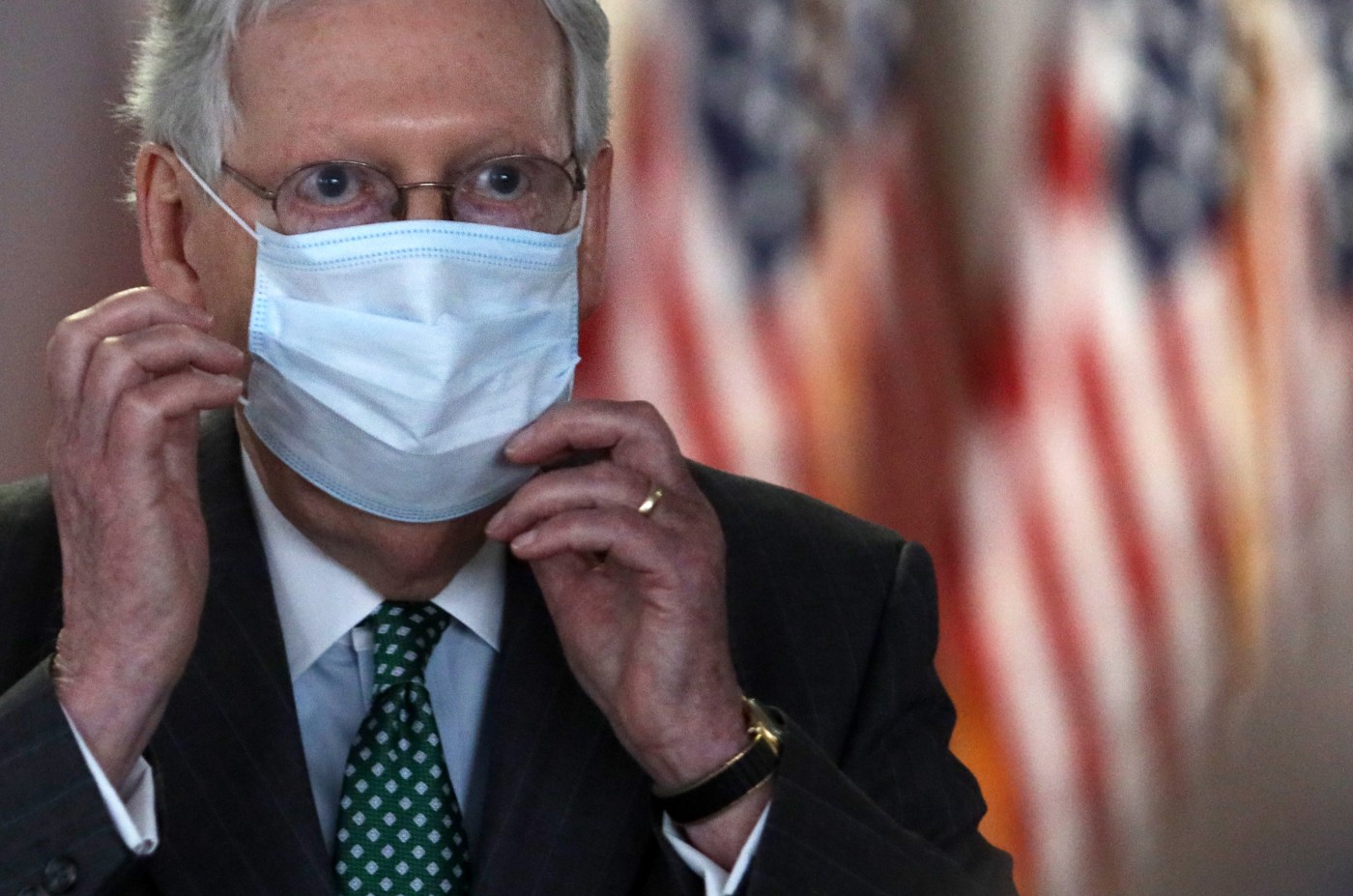 WASHINGTON – In a rare break with mask-averse President Donald Trump, fellow Republican leaders are advocating for face coverings as COVID-19 cases surge in some Republican-leaning states.

U.S. Senate Majority Leader Mitch McConnell said there should be no stigma attached.

The top Republican in the House of Representatives, Kevin McCarthy, said Americans should follow the recommendations of health officials to wear masks and socially distance themselves to help slow the spread of infection.

“They should wear a mask,” McCarthy told CNBC on Monday after his home state of California began to roll back efforts to reopen the economy.

Republican Senator Tim Scott of South Carolina, where cases are spiking, posted a similar message on Twitter, writing: “I am encouraging everyone to WEAR YOUR MASKS!”

Trump has given different reasons for eschewing a mask in public, while his Democratic opponent in November’s election, Joe Biden, generally wears one.

In April, Trump said he could not picture himself in a mask while greeting “presidents, prime ministers, dictators, kings, queens.” He also said he did not want to give journalists the pleasure …read more