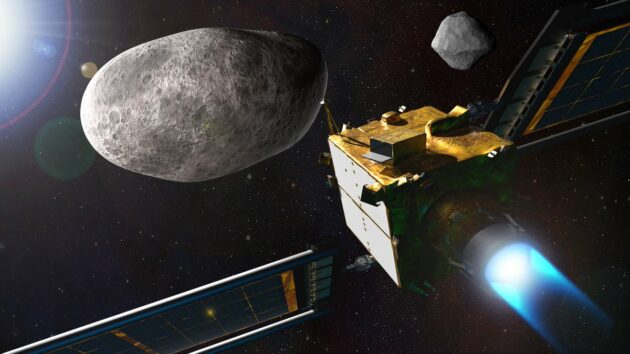 Today’s 112th anniversary of a close brush with a cosmic catastrophe serves as a teachable moment focusing on the perils and prospects posed by near-Earth asteroids.

Asteroid Day is timed to commemorate a blast from space that occurred over a Siberian forest back on June 30, 1908. The explosion, thought to have been caused by the breakup of an asteroid or comet, wiped out millions of acres of trees — but because the area was so remote, the death toll was minimal.
Because of the Tunguska blast and more recent close calls, such as the 2013 Chelyabinsk meteor, the threat from above is being taken more seriously. And although a Seattle-area asteroid mining venture called Planetary Resources fizzled, experts say the idea of extracting resources from near-Earth asteroids is worth taking seriously as well.
Two space missions — Japan’s Hayabusa 2 and NASA’s OSIRIS-REx — are in the midst of gathering samples from asteroids and returning them to Earth for analysis. Two future missions — NASA’s Double Asteroid Redirection Test, or DART, and the European Space Agency’s Hera probe — will send a projectile …read more