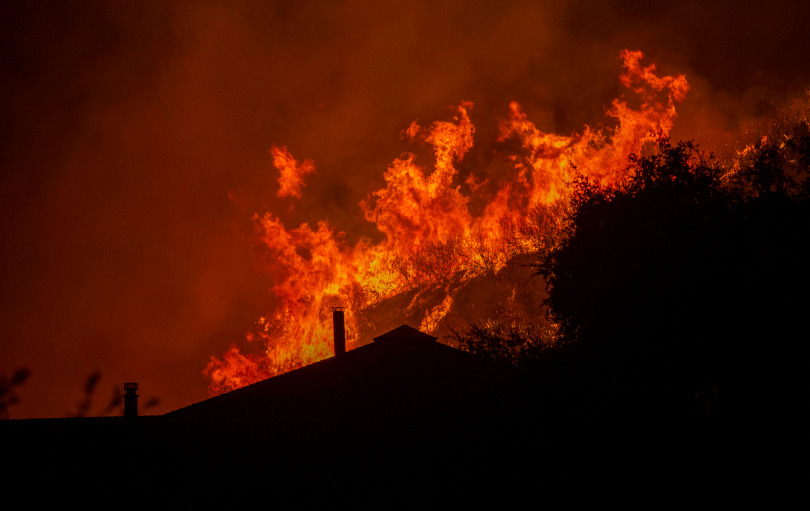 An afternoon flare-up of the Apple fire in Cherry Valley on Saturday, Aug. 1, spread the acreage burned to 12,000 acres and prompted new evacuations as firefighters attacked the sweeping blaze on a blistering hot day.

RELATED: This map shows the location, evacuations for the Apple Fire in Cherry Valley

Homes in the path of the flames were threatened but were not in imminent danger, he said at about 2 p.m.

The fire that started Friday was burning intensely in drainages and canyons in the higher elevations and was being spread by ridgetop winds.

More retardant-dropping airplanes and water-dropping helicopters were ordered as a result.

Just after 2 p.m., evacuations were ordered in two areas:

– North of Wilson Street, east of Sunset Avenue and west of Hathaway Street.