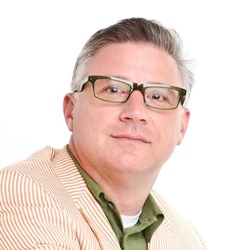 Editor’s note: This guest post is tied to the release of Bombarded, a new book by Cyrus Krohn, a former Microsoft, Yahoo, and Cheezburger executive who co-founded Seattle startup Element Data.

Guest Commentary: If the digital political landscape during Election 2020 gives you the creeps, imagine an election a few years — and presidents — from now where hackable digital tech, unmanaged media, and micro-targeted marketing have rampaged forward without brakes or scruples. While 2032 seems a distant future, Moore’s Law is already delivering on the risks ahead.

In Ernest Hemingway’s “The Sun Also Rises,” Mike Campbell is asked how he went bankrupt. He replies, famously: “Two ways. Gradually and then suddenly.” The collapse of the information environment in the U.S. is proceeding along similar lines, as domestic partisan tribes and international influences such as Russia, Iran, and the Chinese Communist Party (CCP) weaponize the web.

Mara Hvistendahl of MIT Technology Review recently interviewed Samantha Hoffman of the Australian Strategy Policy Institute, one of the leading experts on the Chinese surveillance state. Hoffman detailed how collecting large datasets can reveal patterns and trends in human behavior, which help the CCP with intelligence and propaganda as well as surveillance. She …read more