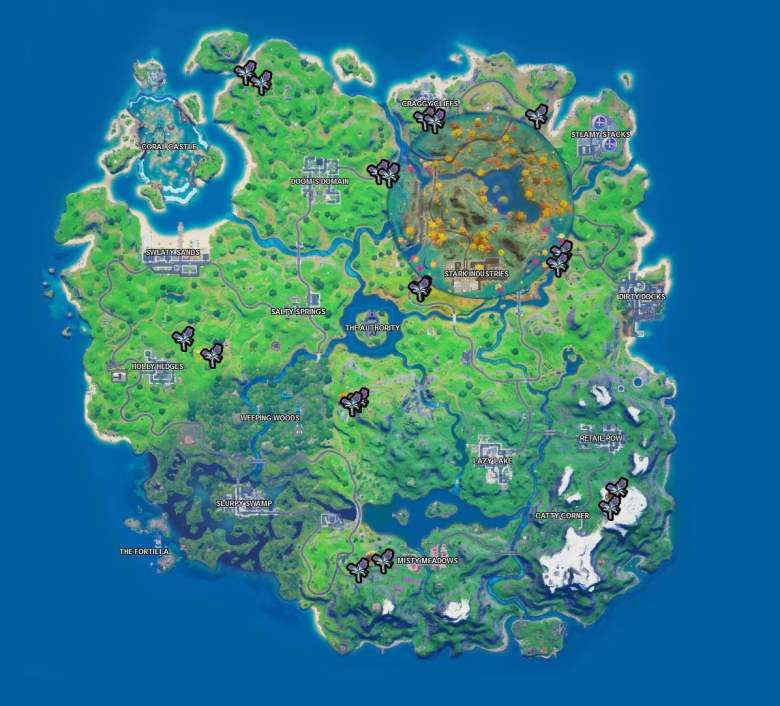 One of the coolest parts of Fortnite Season 4 has been the return of the rifts. Not only do they give players more mobility, but they will also allow them to get out of a tight spot and potentially reset a fight they were losing.

There are a lot of rifts all over the map, but the majority of them will be found around Stark Industries, so for the challenge that asks you to drive a car or truck through one, that’s where you’ll want to be.

Of course, the challenge isn’t quite as easy as it sounds because some of the rifts will need to be built up to, so those won’t really be all that good for completing a challenge.

It might also be helpful to know where the rifts spawn each match.

Rifts Spawn All Over

According to the map on Fortnite.gg, the rifts can be found in many spots all over the island, but Stark Industries is where you can find the most.

Instead of being up in the actual location, you can find them surrounding the giant piece of land that the POI is on top of.