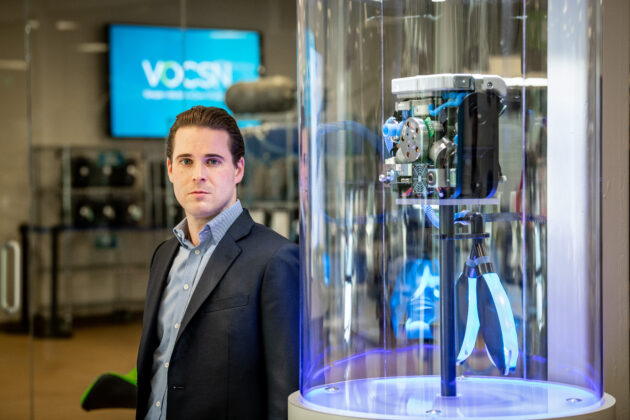 Chris Kiple, CEO of Ventec Life Systems, alongside one of the company’s ventilators. (Stuart Isett Photo)

To rapidly increase a company’s production 8-fold is daunting. To ramp up 80-fold is almost unimaginable.

It’s also what Chris Kiple had to do last spring as CEO of one of the nation’s few ventilator manufacturers. As COVID-19 was taking hold of America, the head of Ventec Life Systems quickly began increasing production at the company’s facilities in Bothell, Wash.

Ventec and GM, 2 months later: How a startup took on the ventilator shortage, and where it stands now

But he knew it wouldn’t be enough. He reached out to General Motors in mid-March to see how the two might partner to meet escalating demand. Health officials feared shortages would force them to make difficult decisions about which patients would have access to the potentially life-saving devices and which would not.

At the time, Kiple, who is 35, had been chief executive of the Seattle-area company for a little more than a year.

“We really felt the weight of the world on our shoulders,” Kiple said. Healthcare workers, whom he calls the real heroes, urgently needed their ventilators. “There weren’t a lot of options, and we could …read more