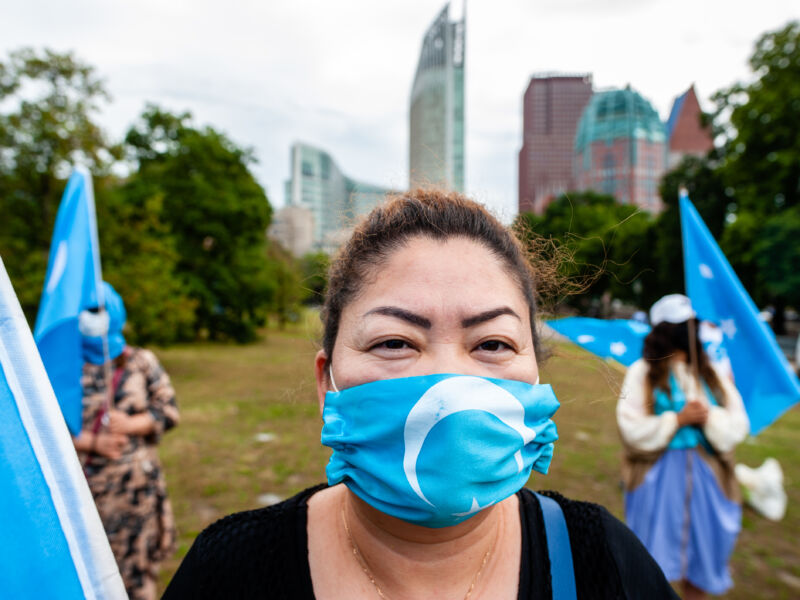 Enlarge / A woman is wearing a mask with the Uyghurs flag on it, during the demonstration ‘Freedom for Uyghurs’ in The Hague, Netherlands on August 20th, 2020. (credit: Romy Arroyo Fernandez/NurPhoto via Getty Images)

Twitter has told Ars Technica that a Chinese government tweet praising China’s treatment of its Uygur ethnic minority does not violate its policy against hateful conduct.

“Study shows that in the process of eradicating extremism, the minds of Uygur women in Xinjiang were emancipated and gender equality and reproductive health were promoted, making them no longer baby-making machines,” the tweet says. “They are more confident and independent.”

Human rights advocates have characterized China’s treatment of the Uygur people in the Xinjiang region of China as a demographic genocide. Here’s how the Associated Press described China’s approach last summer: