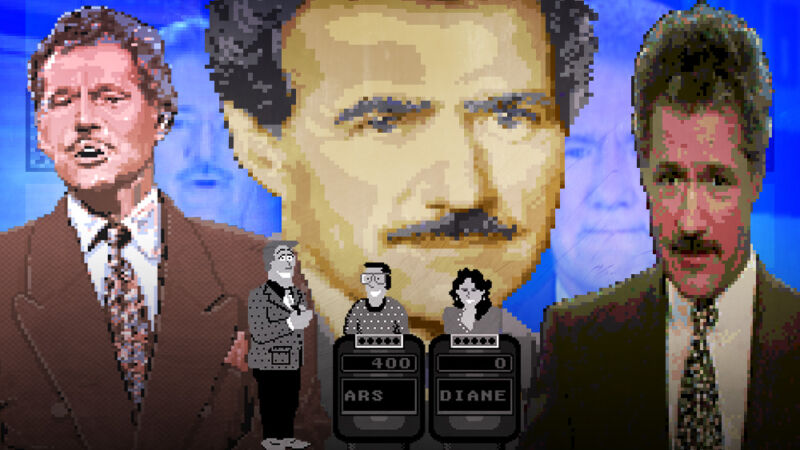 Friday, January 8, 2021, marks the end of an era for American television. That’s when TV stations around the country air the final episode of Jeopardy! featuring Alex Trebek as host. Since relaunching Jeopardy! as a syndicated game show in 1984, Trebek emceed thousands of episodes until just before his death from cancer in November.

Accordingly, Friday may also mark the end of an era for one of video gaming’s most enduring franchises (and for Trebek as an enduring digital gaming personality rivaling football’s John Madden). Since the first PC releases of Jeopardy! in 1987, there have been more than 40 distinct video game versions of the quiz show released across at least 27 different platforms (that includes “Sports Edition” spin-offs and the like). That’s an impressive run that spans the space between the Apple II and the PlayStation 5, crossing on the way into curiosities like the CD-i, Tiger Game.com, Google Assistant, and Facebook (the last of which is no longer available to play in any form but is still captured in contemporary coverage).