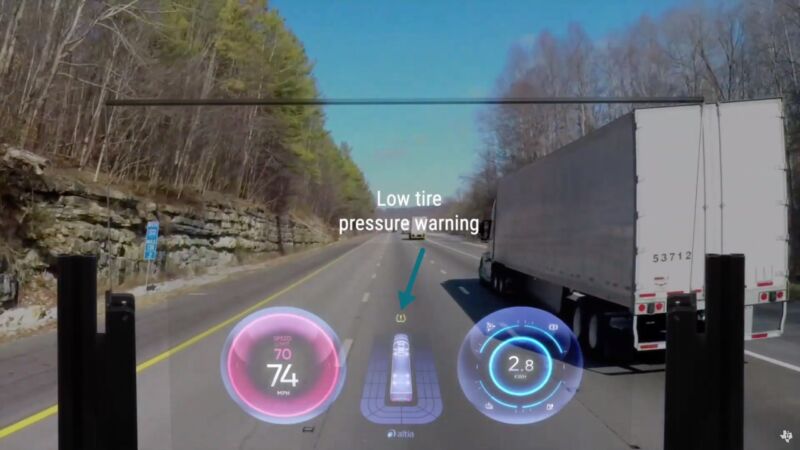 The topic of driver distraction is one we’ve covered a lot here at Ars. Whether due to the proliferation of smartphones, touchscreen infotainment systems that are now fitted to most new cars, or people simply not paying attention, the National Highway Traffic Safety Administration estimates that 400,000 people were injured and 2,841 killed as a result of distracted drivers in 2018.

Researchers are split as to whether the real problem is cognitive overload or drivers simply not having their eyes on the road ahead, with some automakers and technology companies trying to tackle the second issue through the use of gaze-tracking driver monitoring systems. But a new technology demoed by Texas Instruments at this year’s (virtual) CES might mean there’s much less reason for drivers to take their eyes off the road ahead.

Specifically, the tech uses a small projector embedded in the car’s dashboard and a layer of holographic film laminated within the sandwich of glass that makes up a windshield to project an in-plane hologram of the car’s instrument cluster and navigation directly into the driver’s line of …read more