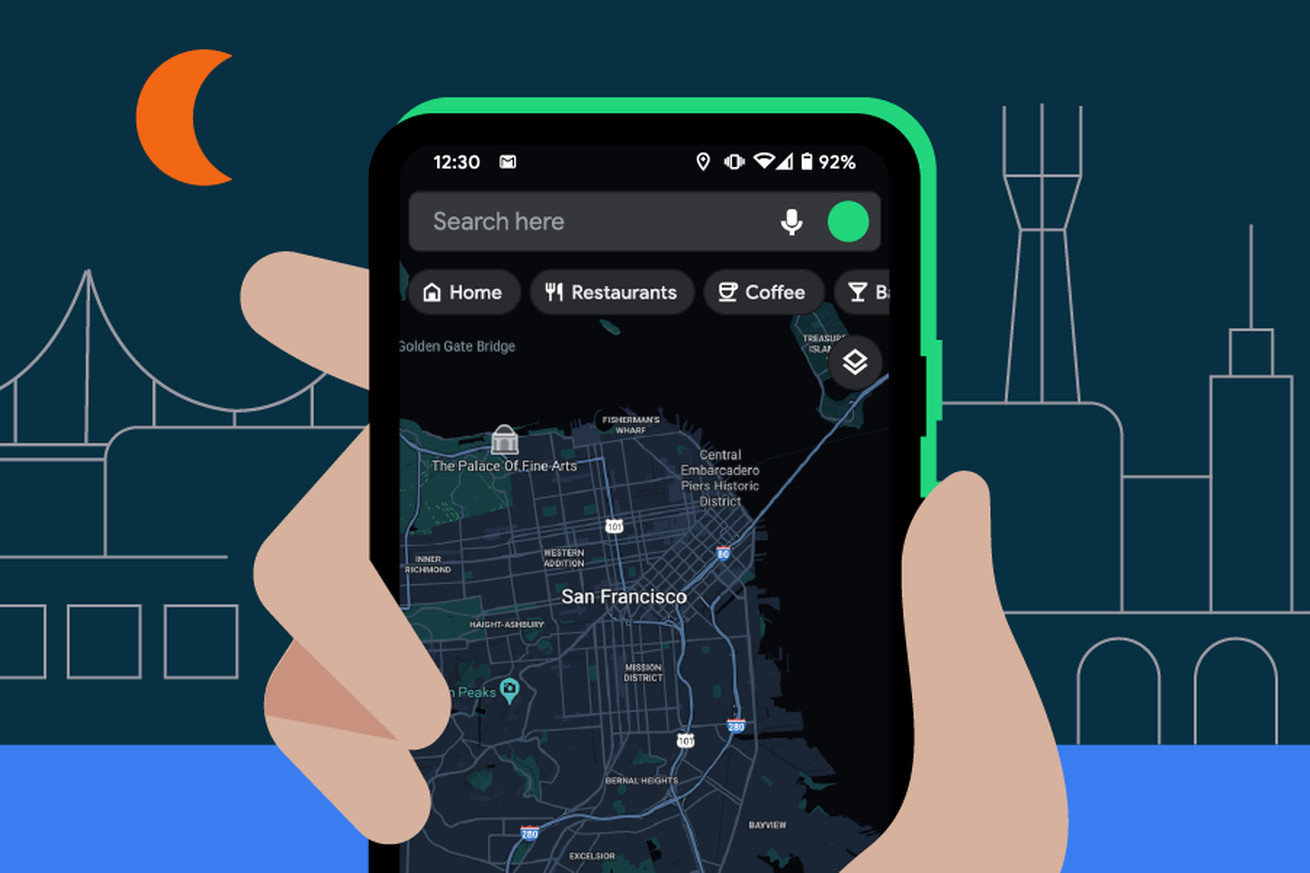 The Google Maps app is getting a true dark mode, at least on Android. The company announced today that it is finally widely releasing the dark theme option that it’s been testing in the app since September 2020.

The dark mode, which takes things much further than the previously available night mode color option, will be accessible in the app’s settings menu, under “theme.”

Google announced the dark mode rollout as part of a batch of new features coming to Android, including some updates to Android Auto. In addition to custom wallpapers, Android Auto is now going to feature games as well. Trivia Crack, Jeopardy!, Song Quiz, and Google’s own Are You Feeling Lucky? will be available. The games can be accessed through the assistant by…