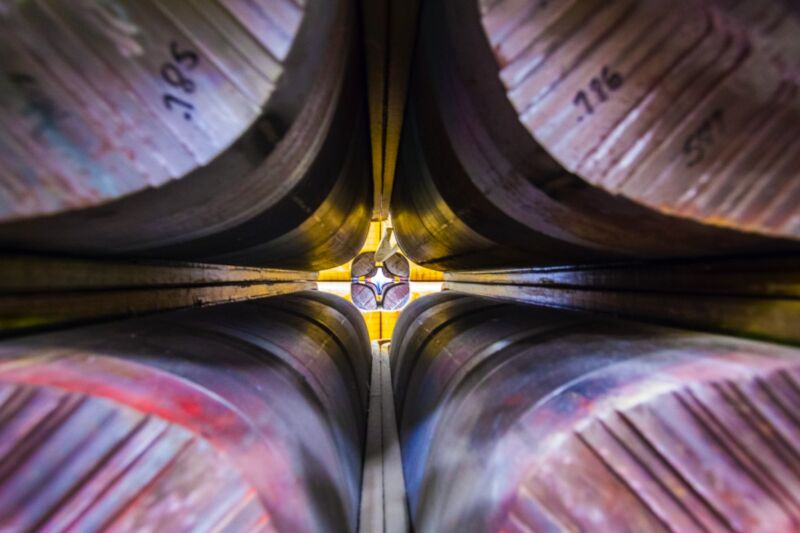 The Muon g-2 experiment (pronounced “gee minus two”) is designed to look for tantalizing hints of physics beyond the Standard Model of particle physics. It does this by measuring the magnetic field (aka the magnetic moment) generated by a subatomic particle known as the muon. Back in 2001, an earlier run of the experiment at Brookhaven National Laboratory found a slight discrepancy, hinting at possible new physics, but that controversial result fell short of the critical threshold required to claim discovery.

Now, Fermilab physicists have completed their initial analysis of data from the updated Muon g-2 experiment, showing “excellent agreement” with the discrepancy Brookhaven recorded. The results were announced today in a new paper published in the journal Physical Review Letters.

As I wrote at Nautilus in 2013, before the muon was first discovered in 1936, physicists thought their model of particle physics was pretty much complete. Then Caltech physicists Carl Anderson and Seth Neddermeyer, who were studying cosmic rays, noticed that some particles didn’t curve as expected when they passed through a magnetic field. …read more