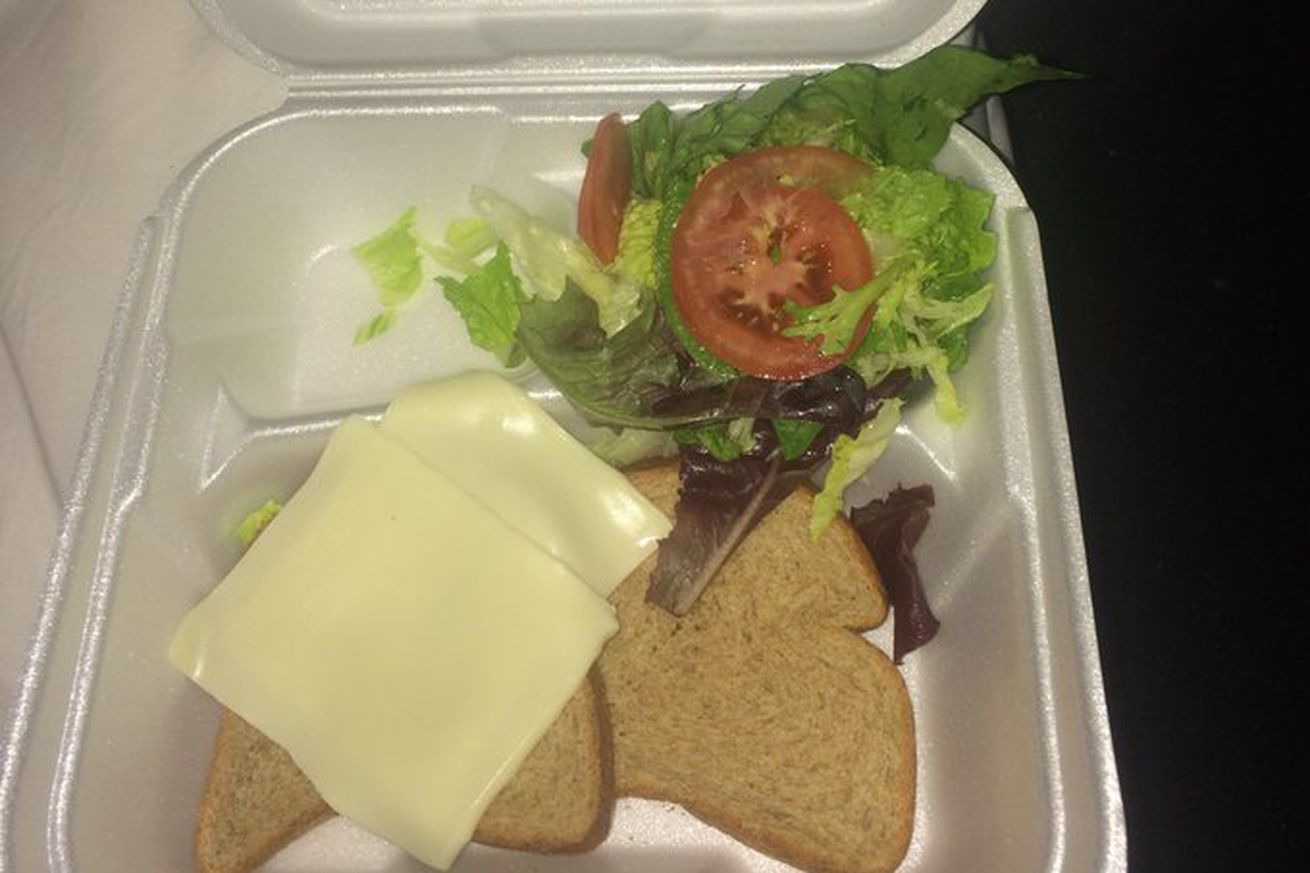 Trevor DeHaas is auctioning his 2017 tweet of the “dinner” he received at Fyre Fest as an NFT. But unlike the Fest itself, the tweeted photo of the limp cheese slice on wheat bread with some greens and a sad tomato in a styrofoam container isn’t a grift; as first reported by Axios, DeHaas is hoping to raise $80,000 which he plans to put toward his medical bills.

The organizers of Fyre Fest billed it as an exclusive, luxury music festival in the Bahamas, which would include top-notch catering, big-name performers, and transportation via Jet Ski and yacht. Kendall Jenner was among the celebrities paid $250,000 to promote the event, which guests paid up to $12,000 to attend.

That is not what happened, however.