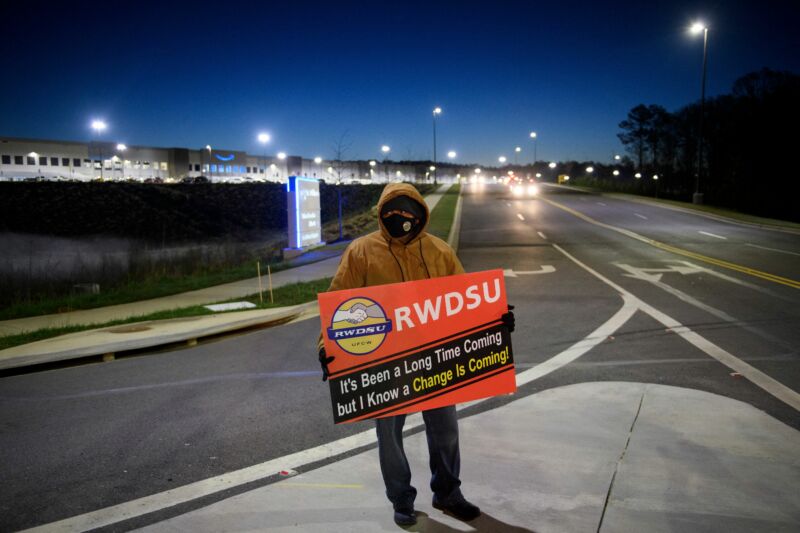 A closely watched effort to unionize an Amazon fulfillment center in Bessemer, Alabama appears to be headed for defeat. With about half the votes counted, 1,100 workers have voted against forming a union, while only 463 voted in favor.

The stakes are high for both Amazon and the labor movement. Amazon has more than 1.1 million workers overall, with hundreds of thousands working in fulfillment centers. A successful vote in Bessemer would embolden labor organizers at other Amazon fulfillment centers around the country. An organized workforce could force dramatic changes in the way Amazon manages its warehouses.