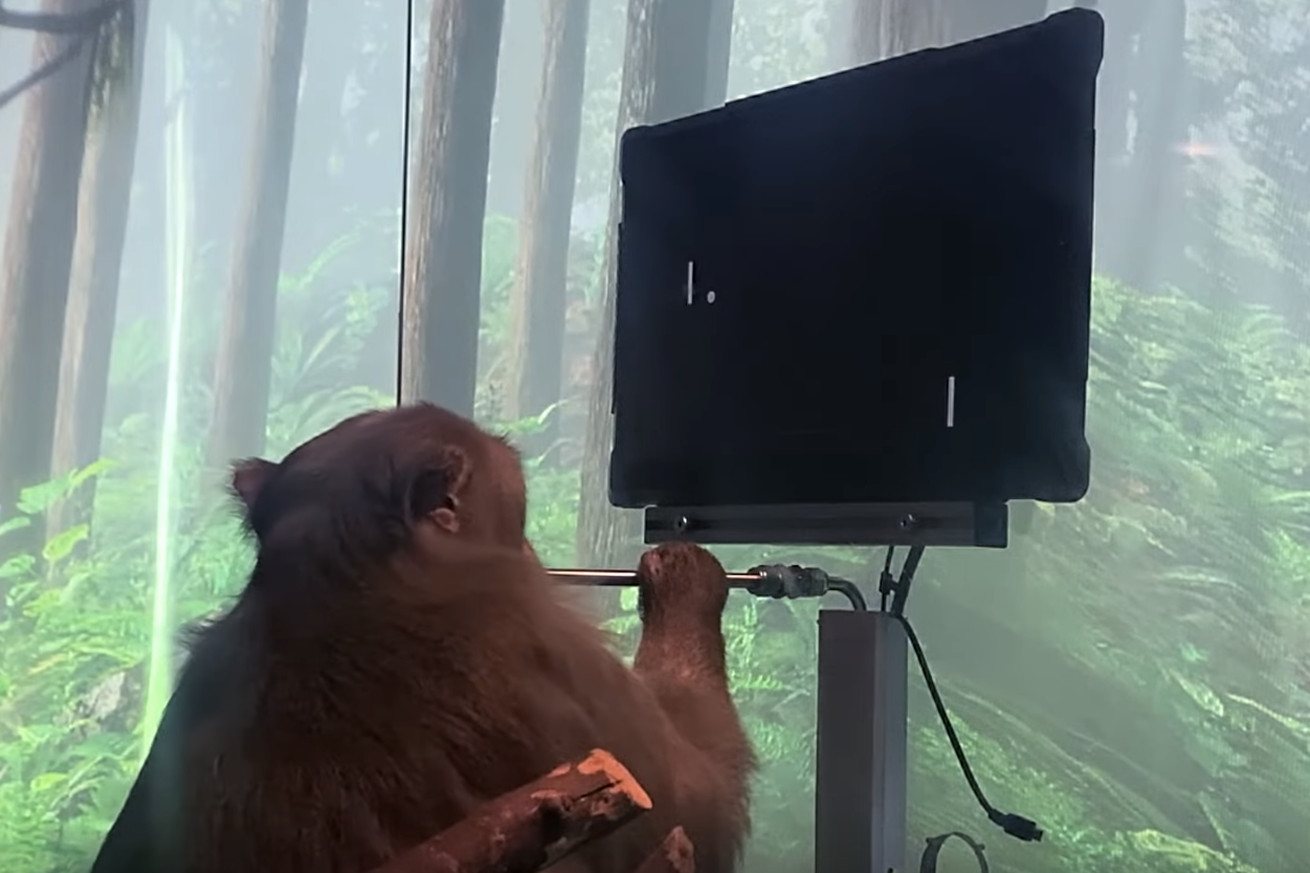 Neuralink, Elon Musk’s company focused on developing brain-machine interfaces, has posted a video to YouTube that appears to show a monkey navigating an on-screen cursor using only its mind.

Pager, a 9-year-old macaque monkey, had a Neuralink implanted about six weeks before the video was shot, the video’s unnamed narrator says. He was first taught to play video games with a joystick for a banana smoothie reward, delivered through a metal straw. While he was doing this, the Neuralink device recorded information about which neurons were firing — learning, essentially, to predict hand movements by recording which regions fired. After learning the patterns, the joystick Pager used to play was disconnected from the computer. The monkey…