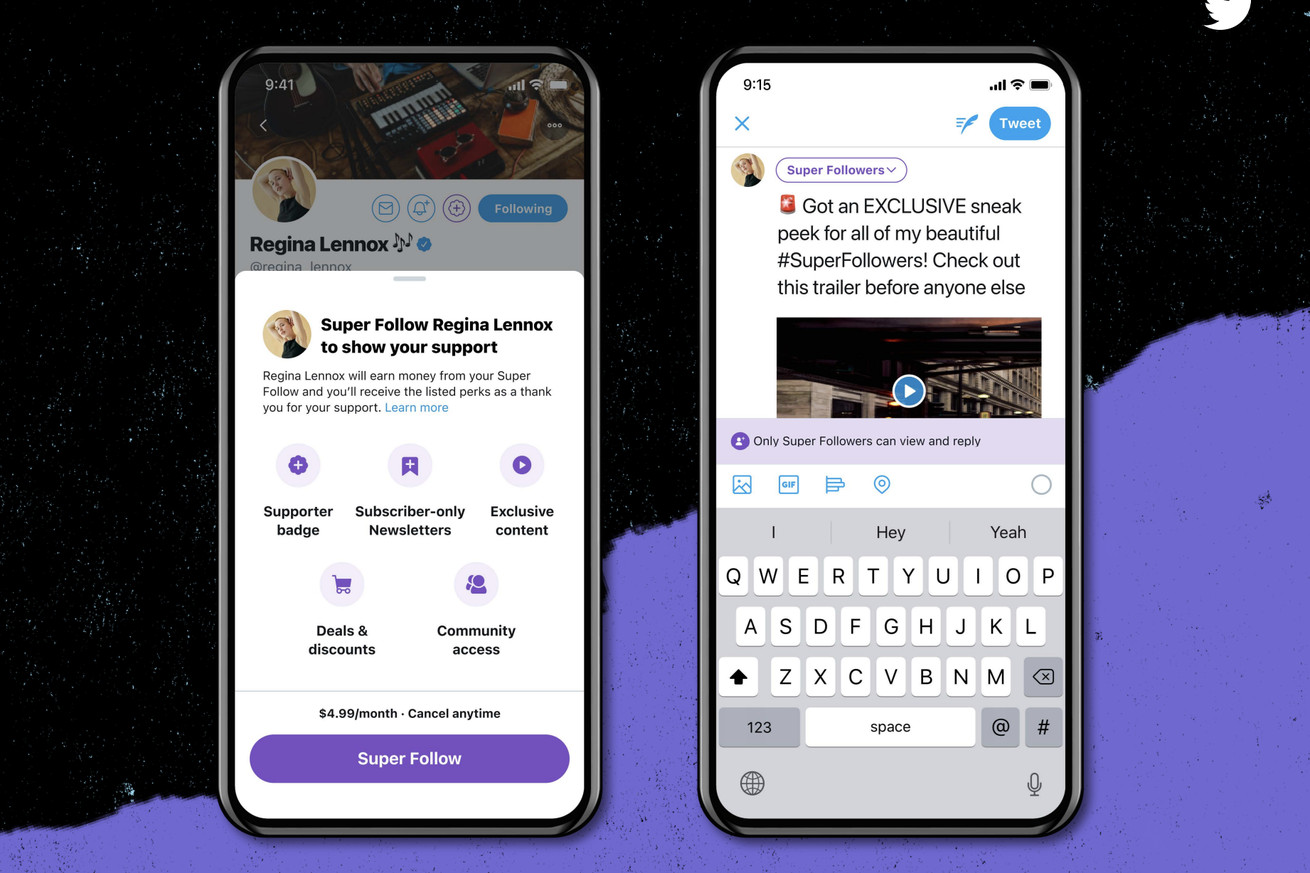 Twitter announced earlier this year it was working on a Super Follows feature that would allow some users to charge followers and give them access to extra content. On Sunday, app researcher Jane Manchun Wong tweeted screenshots of what she says it will look like.

According to Wong’s research, which is typically very accurate, the Super Follows program will be limited to Twitter users with at least 10,000 followers, who have posted at least 25 tweets within the past 30 days, and are at least 18 years old. As Twitter has referenced, one of the main features of Super Follows will be bonus content, such as exclusive tweets for Super Followers.