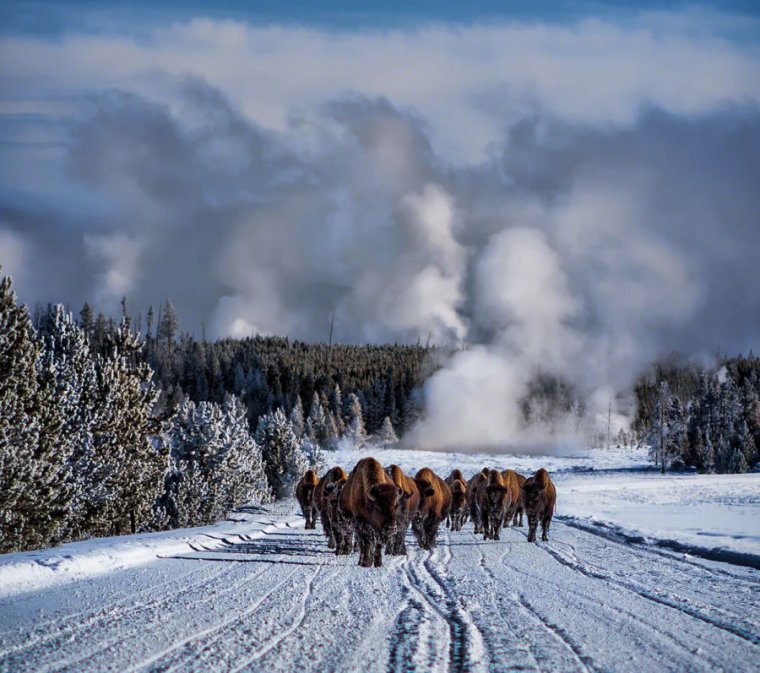 On a blustery October afternoon at the Wolfcrow Bison Ranch in southern Alberta, Canada, Dan Fox and his ranch hand, Man Blackplume, tried to wrestle fence panels into place despite a 60 mph wind. The next day was weaning day—and the fence needed to be rock solid so the bison calves could be separated from their mothers.

The two members of the Kainai First Nation, also known as the Blood Tribe, braced their bodies against the 12-foot-high fence panels so they could nail them to the posts, but the panels flapped in the wind like giant wooden flags. Across the pasture, 30 bison stood huddled together in the corner, unfazed by the commotion. They were part of the first bison herd to grace the Blood Reserve in 150 years, Fox says. The Kainai First Nation is one of four tribal groups within the Blackfoot Confederacy, which includes the Blackfeet Tribe in Montana.

Fox, 63, believes the animals may have helped extend his life. He experienced a cancer scare more than 20 years ago, and at the suggestion of a Blackfoot healer and naturopath, he changed his diet, replacing …read more