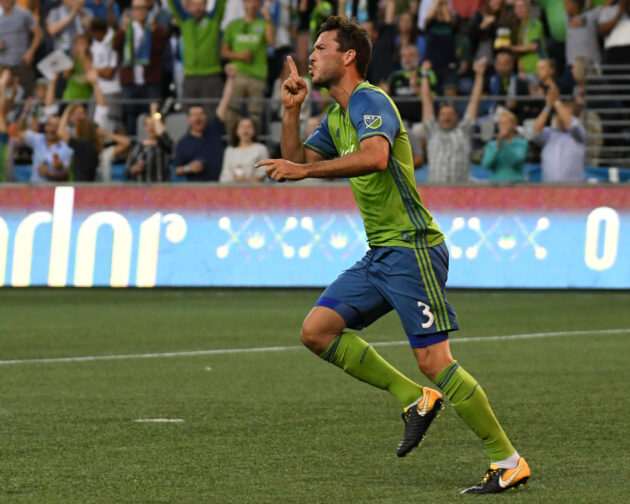 Brad Evans, the onetime Seattle Sounders FC star, said he never experienced any nerves in his years playing professional soccer. He went to bed at a normal time, slept well and woke without any worries. In front of 100,000 fans, he had a singular, calm focus.

In his first foray into running a tech startup, Evans is experiencing a range of new emotions.

“I’ve never had a problem sleeping until this past year and I think I know why,” Evans said. “Playing soccer for 12 years was great, I was just used to it. Now I’m in a space where I’m out of my element in everything that we’re doing. I’m learning completely on the fly. It’s been crazy to be honest.”

The tech and business aspects of launching his own company may be foreign, but Evans is working with producers and a product that he knows well — sports stars and their memorabilia. The startup is called Contrib, and the digital fundraising platform is another way to connect athletes and other influencers with their fans while raising money for charity.

While the auctioning of signed jerseys and …read more