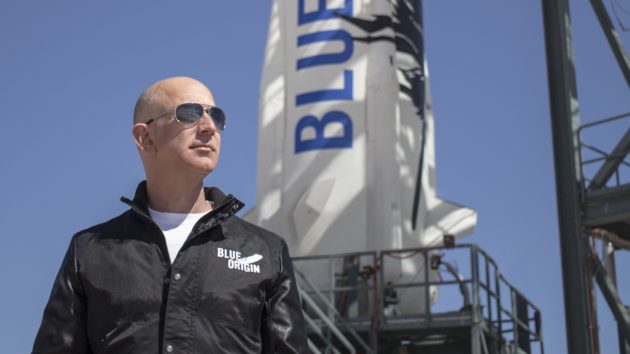 Amazon founder Jeff Bezos says he and his brother Mark will fly to space next month on the first crewed flight of his space venture’s suborbital spaceship.

“Ever since I was five years old, I’ve dreamed of traveling to space,” Bezos wrote today in an Instagram post. “On July 20th, I will take that journey with my brother. The greatest adventure, with my best friend.”

The surprise announcement comes even as Blue Origin, the space company Bezos founded 21 years ago, is auctioning off one of the six seats on next month’s flight  to the public. The high bid currently stands at $2.8 million, and the final price is due to be set at a live online budding round on Saturday.

Blue Origin says it’s received bids from nearly 6,000 participants from 143 countries. The proceeds from the winning bid will be donated to Blue Origin’s educational foundation, the Club for the Future.