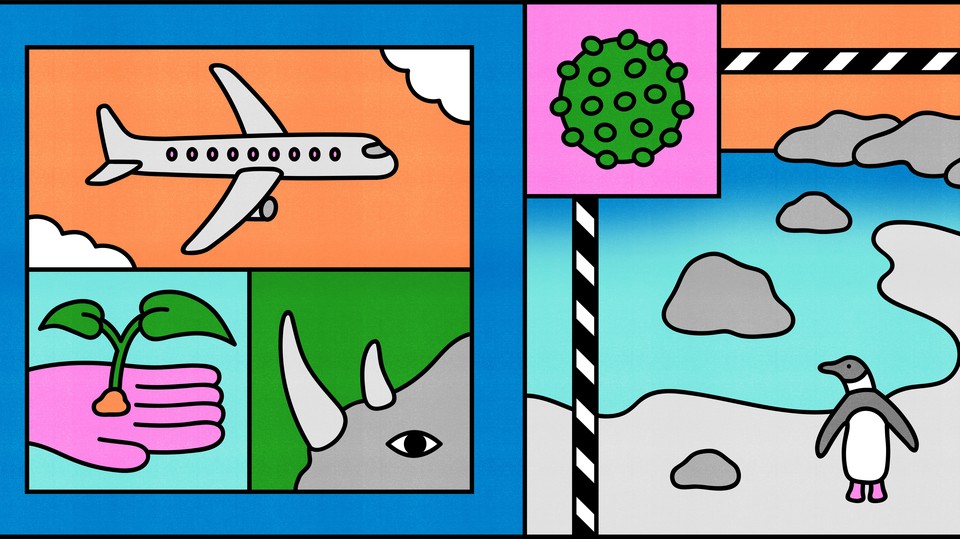 An hour’s drive south of Cape Town, at a small beach hidden from the main road by suburban houses, you’ll find one of Africa’s top tourist attractions: the Boulders colony of African penguins.

These birds usually nest on hard-to-reach offshore islands, but at Boulders a cordon of residential blocks shields the beach and the surrounding dunes from land-based predators like the caracal lynx, and the penguins feel safe enough to breed. Here you can hear their braying calls, smell their acrid guano, and stroll within a few yards of doting parents feeding their fluffy brown young. You can even swim with the birds in a bright-watered cove.

In 2019 the colony attracted 820,000 tourists, who paid a total of more than $6 million in ticket fees to South African National Parks, or SANParks, the government agency that runs the site. More than 80 percent of visitors were foreigners, who pay higher ticket fees than locals and so generated 95 percent of gate income. Numerous businesses nearby made yet more millions: A 2018 study estimated that Boulders generated about $18 million in annual spending and supported almost 900 jobs in Cape Town, making its famous waddlers almost certainly the most valuable birds …read more