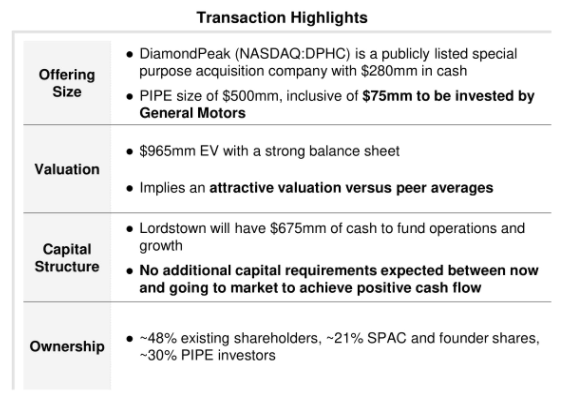 The continuing saga of Lordstown Motor’s struggles as a public company took a new turn today as the electric truck manufacturer made yet more news. Bad news.

Shares of Lordstown are down sharply today after the company reported in an SEC filing that it does not have enough capital to build and launch its electric truck. Here’s the official verbiage (formatting, bolding: TechCrunch):

Since inception, the Company has been developing its flagship vehicle, the Endurance, an electric full-size pickup truck. The Company’s ability to continue as a going concern is dependent on its ability to complete the development of its electric vehicles, obtain regulatory approval, begin commercial scale production and launch the sale of such vehicles.

The Company believes that its current level of cash and cash equivalents are not sufficient to fund commercial scale production and the launch of sale of such vehicles. These conditions raise substantial doubt regarding our ability to continue as a going concern for a period of at least one year from the date of issuance of these unaudited condensed consolidated financial statements.

Now, companies that are trying to invent the future are more risky than, say, established banking concerns that are generating stable GAAP net …read more