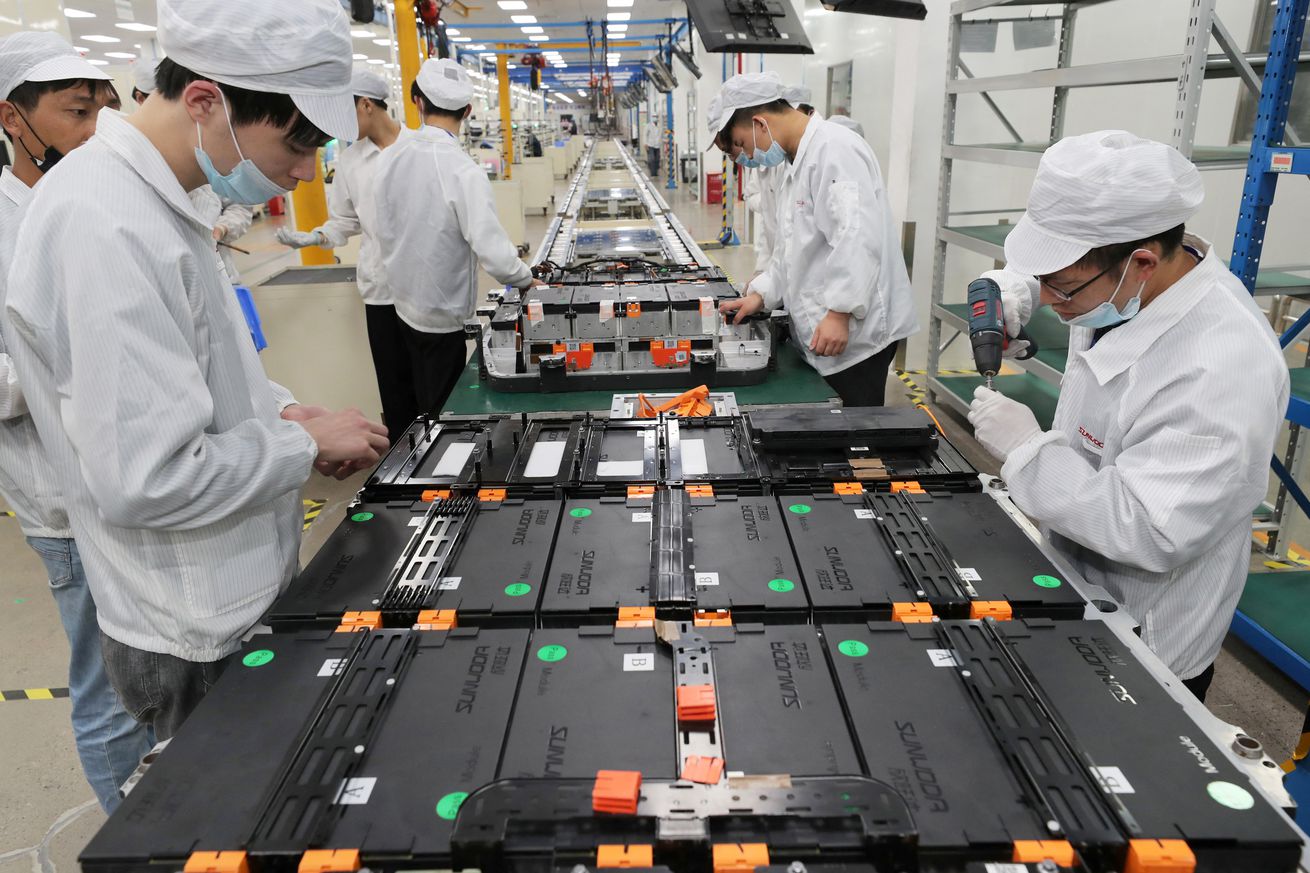 This photo taken on March 12, 2021 shows workers at a factory for Xinwangda Electric Vehicle Battery Co. Ltd, which makes lithium batteries for electric cars and other uses, in Nanjing in China’s eastern Jiangsu province.  | Photo by STR/AFP via Getty Images

The US announced plans to build out a domestic supply chain for lithium batteries, which are critical for electric vehicles and renewable energy. Its new goal is to be able to do nearly everything — from mining to manufacturing and recycling batteries — within its borders by the end of the decade. If it fails, the US could struggle to meet its own climate goals and compete in the growing electric vehicle industry.

The Department of Energy (DOE) released a “national blueprint” today outlining how it plans to boost America’s ability to make lithium batteries. Demand for these batteries has already skyrocketed for electronics and electric vehicles. Spruced-up electricity grids will also need large batteries to accommodate increasing amounts…