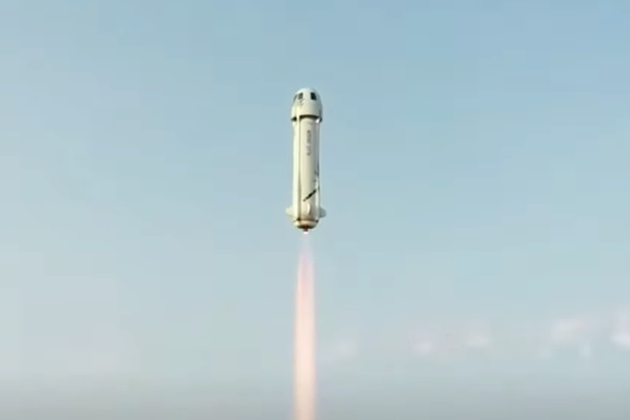 The billionaire and three crewmates — including the world’s oldest space traveler and the youngest — took an 11-minute ride on a reusable New Shepard rocket ship that was built by Blue Origin, the company created by Bezos in 2000.

“There’s a very happy group of people in this capsule!” Bezos could be heard saying just after touchdown. “Best day ever!”

Today’s flight marked the first time that people flew aboard New Shepard, which previously went through 15 uncrewed tests at Blue Origin’s West Texas spaceport. The vehicle is designed to be flown autonomously, without a pilot at the controls.

Before the flight, Bezos said it was important for him to take a seat on the first crewed flight and demonstrate New Shepard’s safety. “We know the vehicle is safe,” he told CNN. “If it’s not safe for me, then it’s not safe for anyone.”