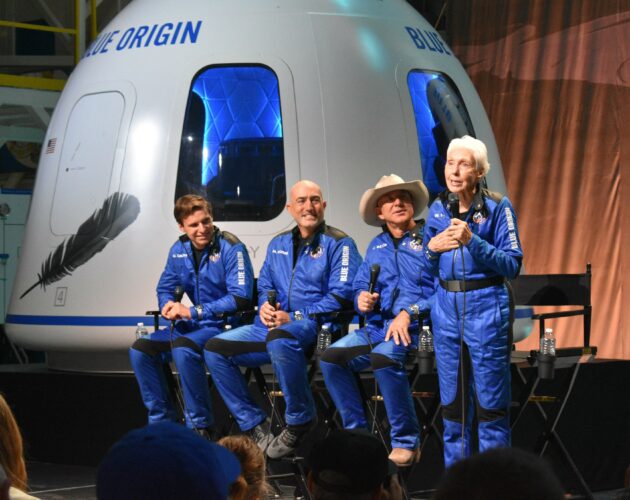 And those sales were made even before today’s first crewed flight of Blue Origin’s New Shepard rocket ship, with Bezos and three crewmates on board.

The first big step in Blue Origin’s sales effort was last month’s auction for an open seat on today’s flight. A yet-to-be-identified bidder won the reservation at a price of $28 million, but Blue Origin said the bidder had to defer that reservation due to a scheduling conflict. That’s how 18-year-old Oliver Daemen wound up flying today. He became the world’s youngest spacefarer in the process.

After the auction, Blue Origin executives contacted some of the bidders who lost out in the auction to offer seats on follow-up flights.

“One thing we found out through the auction process, and what we’ve been doing as private sales — we’re approaching $100 million in private sales already, and the …read more