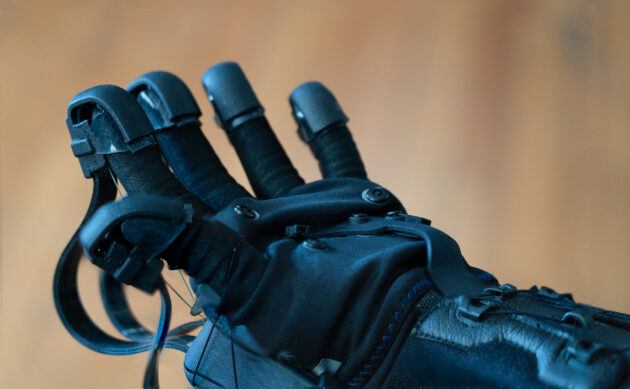 HaptX is raising more cash to meet demand for its haptic gloves that help enterprise customers working in virtual reality and robotics.

Founded in 2012 and previously known as AxonVR, the company’s tech promises to deliver realistic touch feedback to users reaching out for objects in VR, thanks to microfluidics in the glove system that physically and precisely displace the skin on a user’s hands and fingers.

The gloves work with a VR headset and tracker, connected to a central control box, and let users move through virtual environments and feel virtual objects with their hands.

Customers use the gloves to train their workforces; to design and test new vehicles; and to control robots from a distance, among other use cases.

HaptX released the HaptX Gloves DK2 in January and said all inventory is sold out. It will use the funding to launch a second manufacturing run.

The company is also moving its headquarters to back the Seattle area, where it originally launched before moving to California and will …read more