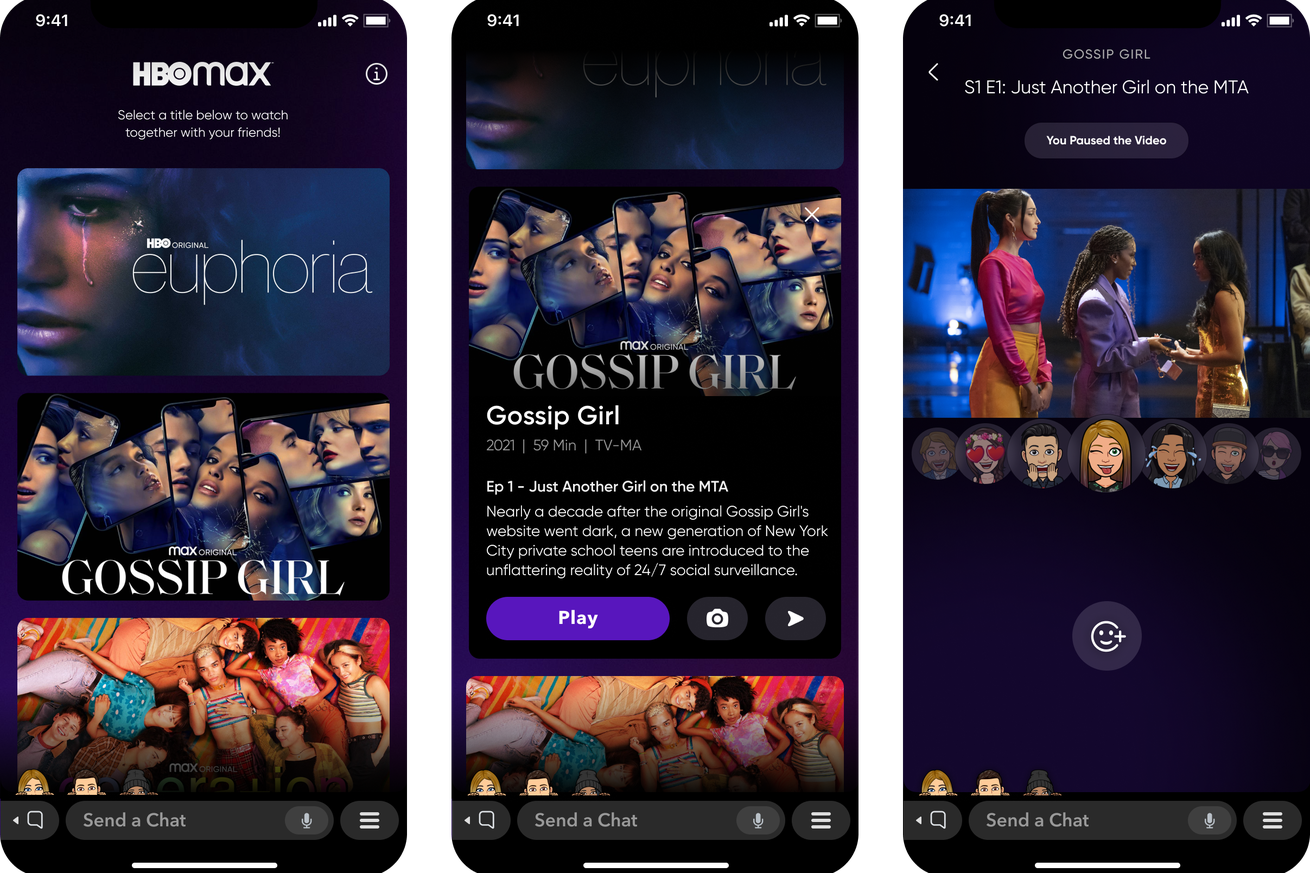 HBO Max has partnered with Snapchat to bring full-length episodes of its series to the social media platform. With HBO Max Minis, users will be able to stream the pilots of select series with up to 63 other Snapchatters.

The feature was announced today and is offered through Minis, which launched late last year and hosts third-party app experiences within Snapchat. Minis allow users to do anything from meditate with Headspace to buy movie tickets with friends through Atom. And now, HBO Max Minis will allow anyone on Snapchat to view entire episodes of more than a dozen series from the streaming service for free, including pilots from Lovecraft Country and Game of Thrones. With synchronized playback, everyone watching the title will be…