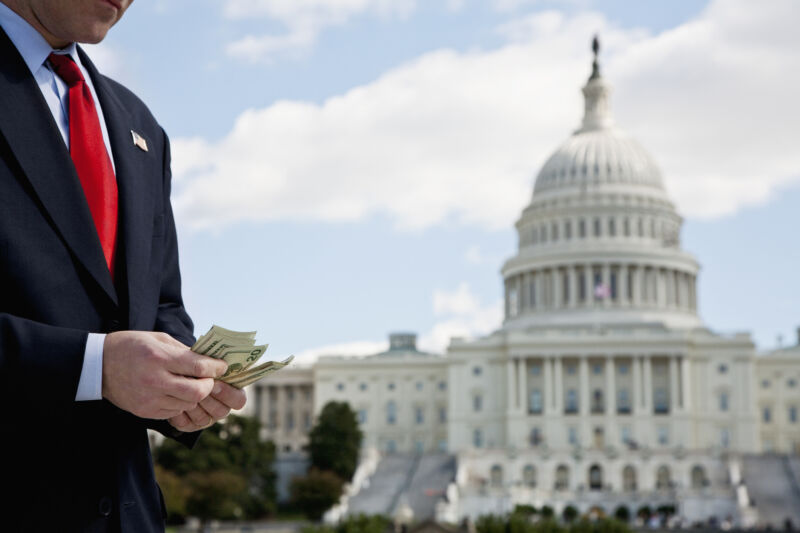 The biggest Internet service providers and their trade groups spent $234.7 million on lobbying and political donations during the most recent two-year congressional cycle, according to a report released yesterday. The ISPs and their trade groups lobbied against strict net neutrality rules and on various other telecom and broadband regulatory legislation, said the report written by advocacy group Common Cause.

Of the $234.7 million spent in 2019 and 2020, political contributions and expenditures accounted for $45.6 million. The rest of it went to lobbying expenditures.

Comcast led the way with $43 million in lobbying and political contributions and expenditures combined during the 2019-2020 cycle, the report said. The highest-spending ISPs after Comcast were AT&T with $36.4 million, Verizon with $24.8 million, Charter with $24.4 million, and T-Mobile with $21.5 million.