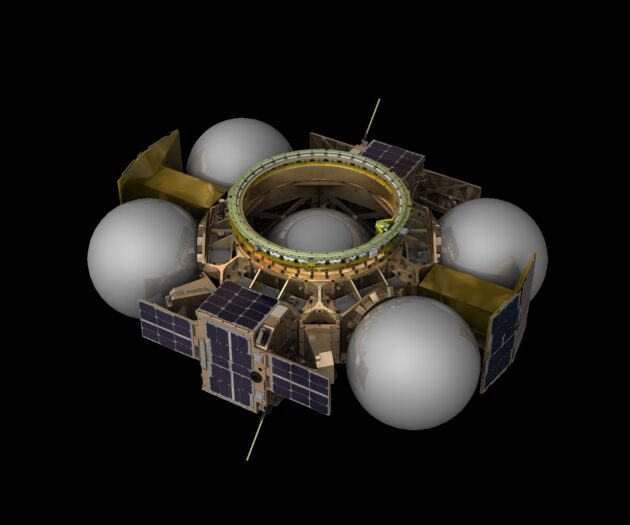 When a SpaceX Falcon 9 rocket sends a robotic lander to the moon’s south pole, perhaps as early as next year, Seattle-based Spaceflight Inc. plans to make a few extra deliveries with its own own piggyback spacecraft.

The mission, known as GEO Pathfinder, will represent the first in-space outing for a new type of orbital transfer vehicle called the Sherpa Escape, or Sherpa-ES.

“Orbital” might not be exactly the right term, since the craft is designed to go well beyond low Earth orbit to zoom around the moon and back, potentially deploying payloads at every step along the way.

“This mission will demonstrate our complete mission toolbox and ability to execute complex, groundbreaking and exciting missions beyond LEO,” Grant Bonin, senior vice president of business development at Spaceflight, said today in a news release.

In this diagram of the vehicle configuration for the IM-2 South Pole Mission, the Sherpa-ES orbital transfer vehicle is shown at lower right. Click on the graphic for a larger view. (Graphic via Spaceflight Inc.)