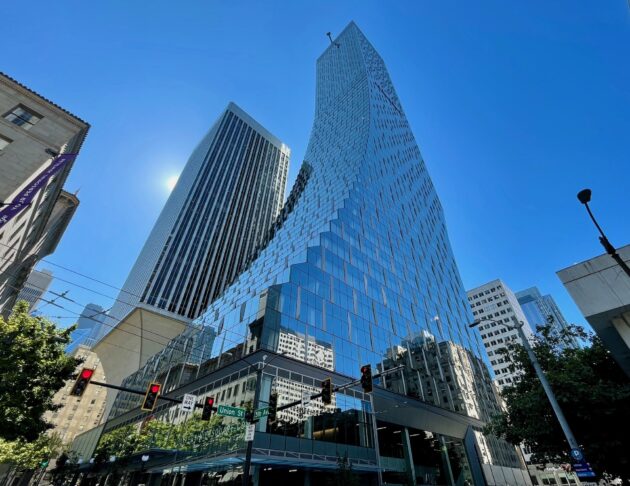 Two and half years after Amazon backed out of plans to occupy a giant new skyscraper in downtown Seattle, commercial and residential tenants are moving into Rainier Square, a swooping glass tower that has assumed a prominent place in the city’s skyline.

The 58-story, 850-foot-tall building occupies a central business district block along Union Street between 4th and 5th Avenues. It features 38 stories, or 734,000 square feet, of office space, all now being offered for sublease by Amazon, and 20 stories of residential units above that, with 189 of the highest apartments in Seattle.

The building — second in height only to Columbia Tower six blocks to the south — aims to push through the uncertainty over whether workers will return to downtown office buildings after pandemic-induced remote work. Concerns over crime and an unhoused population on the streets below are traded for the hope that Seattle’s rebound can be realized in this so-called “vertical neighborhood.”