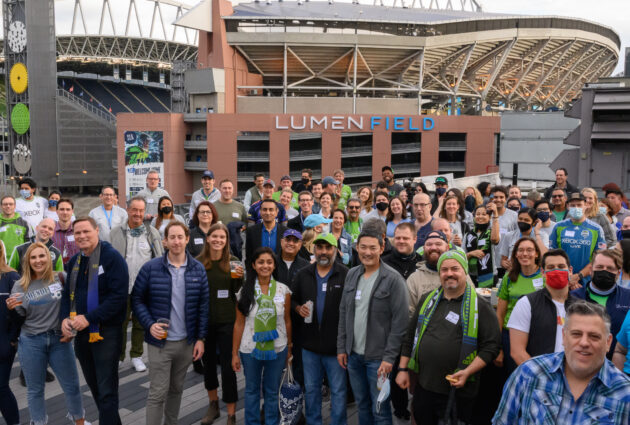 It was so much fun getting the GeekWire community back together on Tuesday with the return of Sounders Day as we enjoyed great networking, tasty BBQ, cold beverages, and another Sounders FC victory.

The festivities kicked off Tuesday afternoon on the spectacular deck at First Mode in Seattle’s Pioneer Square neighborhood, just a stone’s throw from Lumen Field, where the Sounders would later pull off a 1-0 victory over Santos Laguna with a thrilling last-second goal in a semifinal Leagues Cup match.

During the pre-match rooftop party we were joined by Sounders FC majority owner Adrian Hanauer and Alejandro Irarragorri, chair of Orlegi Sports, which owns Santos Laguna.

“I love Seattle,” said Irarragorri. “I don’t know why, but this city has something really special.”

The executives talked about growing soccer’s reach across the globe, and the impact soccer can have on local communities. …read more