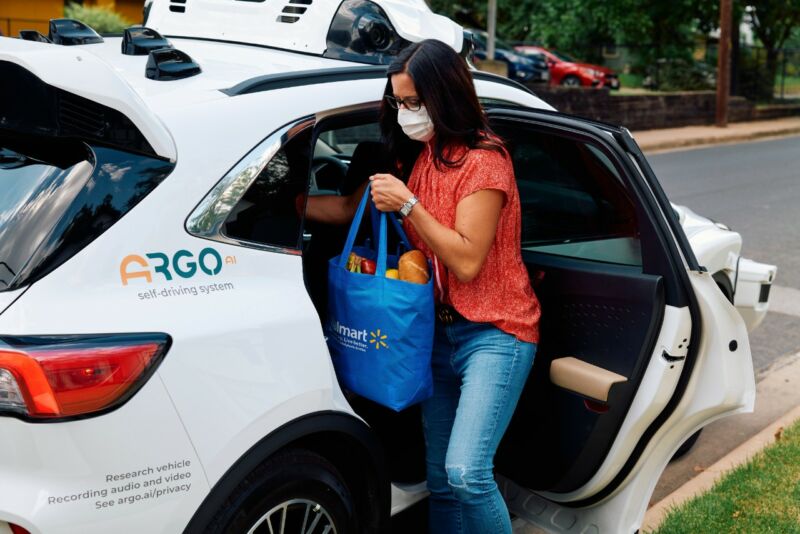 Enlarge / A human collects their Walmart delivery from an autonomous delivery vehicle operated by Ford and Argo AI. (credit: Ford)

It’s easy to feel like the autonomous vehicle industry has settled into the trough of despair. The hyperbolic buzz around self-driving cars that was all the rage a few years ago has become tempered as developers discover that not only do humans drive well—which sets a high bar for their robocars—but humans also drive badly in unique ways depending upon where they are. (People drive badly in Las Vegas differently to the way they drive badly in San Francisco, and so on.)

Our streets might not be overflowing with robotaxis as we were promised circa 2017, but here and there, AV companies are beginning commercial deployments. Like Argo AI, the AV startup that’s been heavily backed by Ford, Volkswagen, and others. On Wednesday, Argo, Ford, and Walmart revealed they will be working together to roll out last-mile deliveries from the retail giant’s stores in Austin, Texas; Miami, Florida; and Washington, DC.