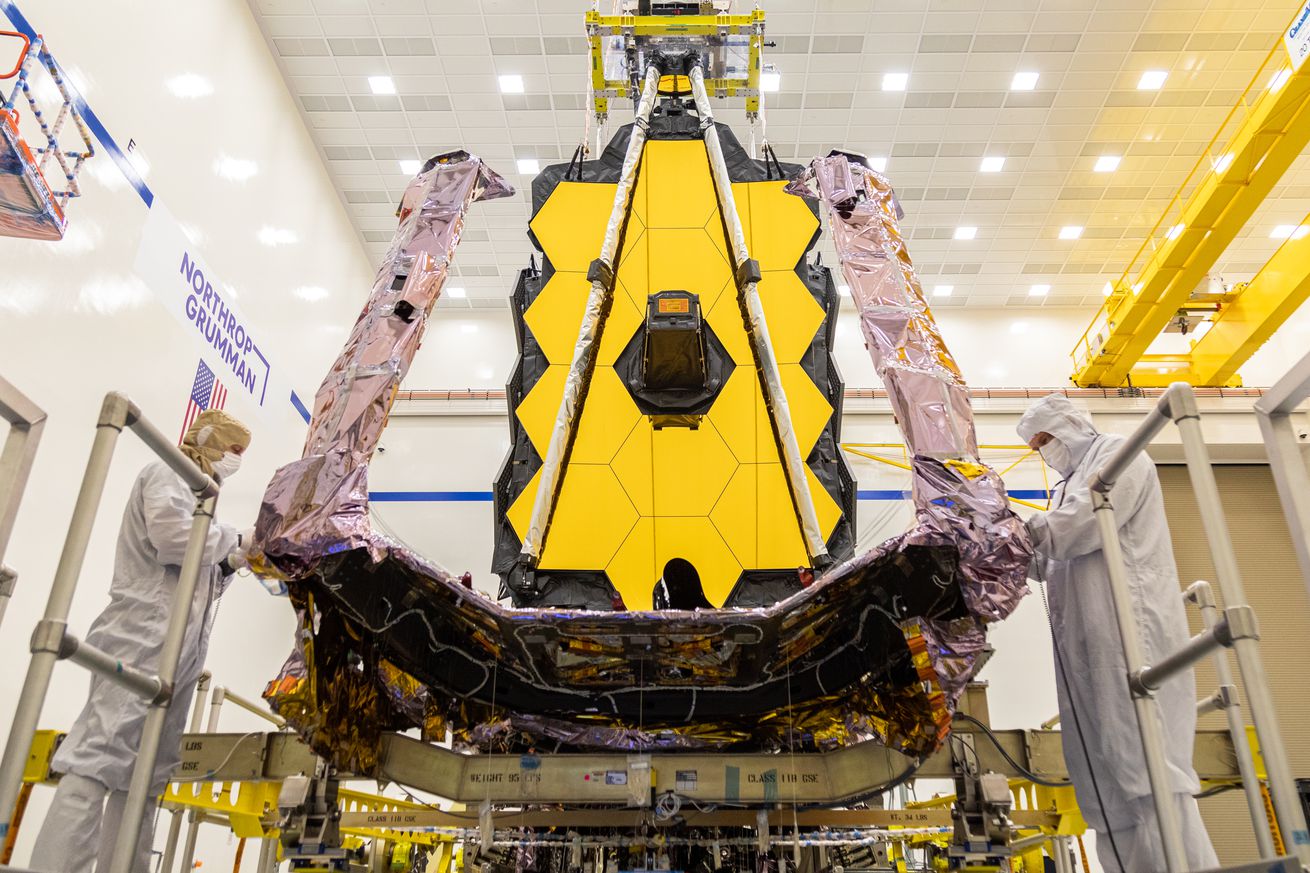 After more than two decades of delays and ballooning development costs, NASA’s next-generation space observatory, the James Webb Space Telescope, has arrived in French Guiana, South America — the site of the spacecraft’s planned launch later this year. Its arrival sparks the beginning of weeks of final preparations before the telescope is loaded on the top of its rocket for flight.

The James Webb Space Telescope, or JWST, spent 16 days at sea, packed inside an environmentally controlled, custom-built shipping container aboard a French cargo ship. The vessel transported the spacecraft from Redondo Beach, California, the site of the telescope’s primary contractor, Northrup Grumman. JWST had been at Northrop since early 2018, where it was…