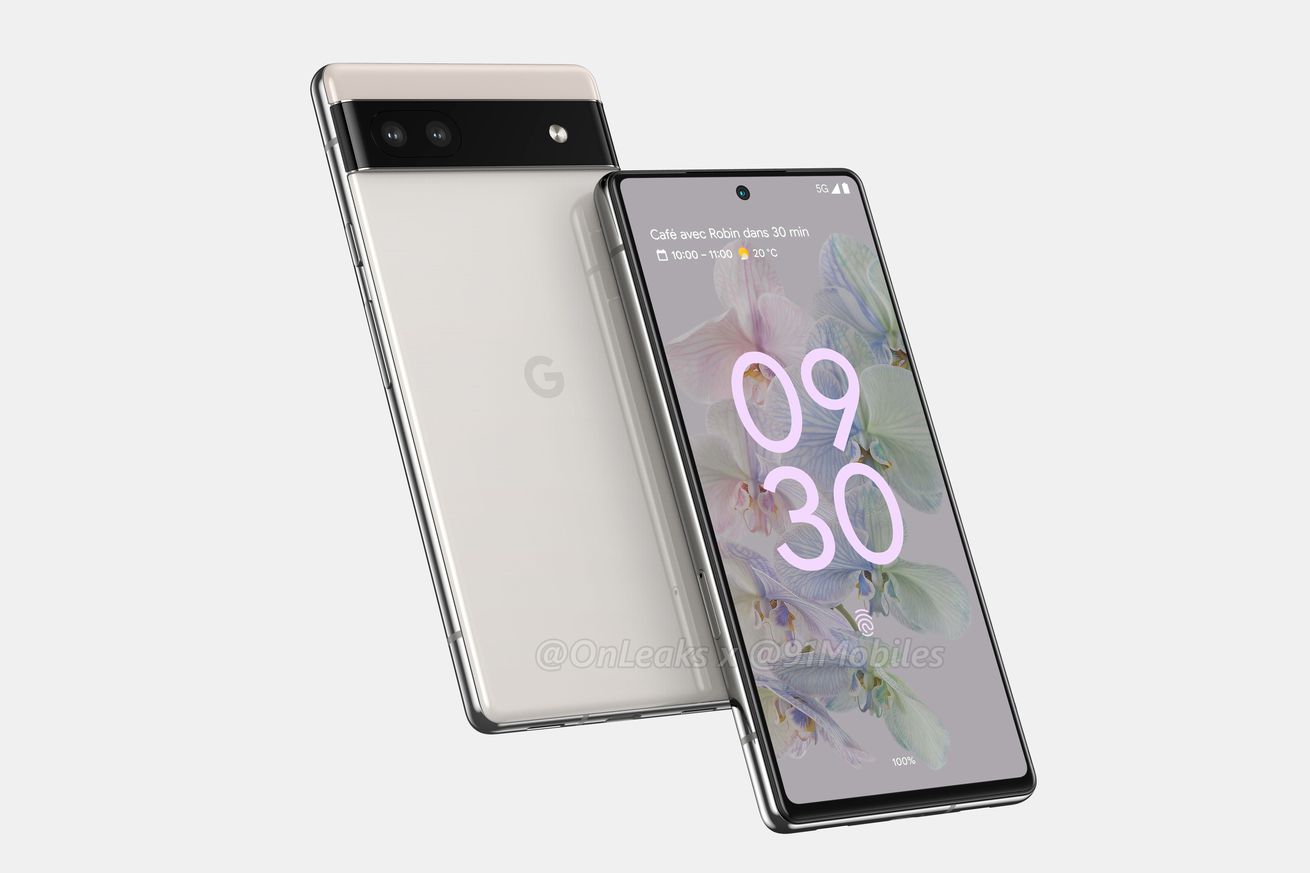 The leaked image of the mid-range Google Pixel 6A looks nearly identical to the Pixel 6. | Image: Steve Hemmerstoffer / 91Mobiles

Rendered images of the Google Pixel 6A have been leaked by reliable leaker Steve Hemmerstoffer (@OnLeaks), and give us a glimpse at what the midrange device may look like, first reported by 91Mobiles.

The leaked images show the Google Pixel 6A without a headphone jack. | Image: Steve Hemmerstoffer / 91Mobiles

The rendered Pixel 6A, which belongs to the budget-friendly Pixel A-series lineup, looks almost identical to the standard Pixel 6. It seems to sport the same black camera strip on its rear that houses two cameras and a flash, along with a hole-punch selfie camera on the front. The bottom of the device appears to have a USB-C port, as well as a speaker and a microphone.

As pointed out by 9to5Google, there…