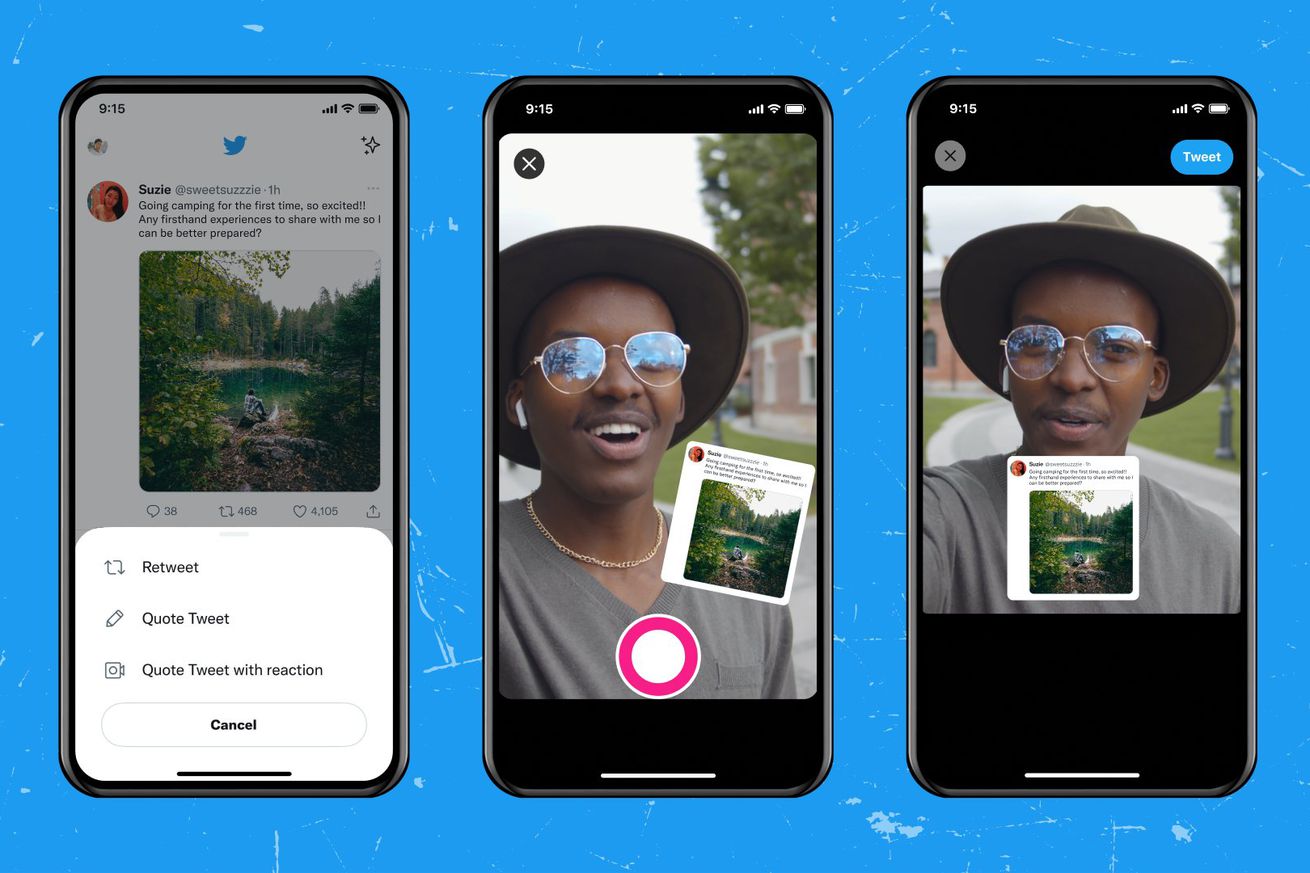 Twitter has announced that it’s testing a feature called “quote tweet with reaction,” where you can embed a copy of a tweet into a photo or video instead of just replying to it with text.

Twitter says that the feature is currently being tested on iOS. If you have access to the feature, the retweet menu will have a “Quote Tweet with reaction” button. Tapping it will take you to a screen where you can take a photo or video to put the tweet on top of, or choose one from your camera roll. One of Twitter’s product leads did a reaction quote tweet to the announcement, which lets us see how the reactions will show up to users.

Testing on iOS: when you tap the Retweet icon, choose “Quote Tweet…