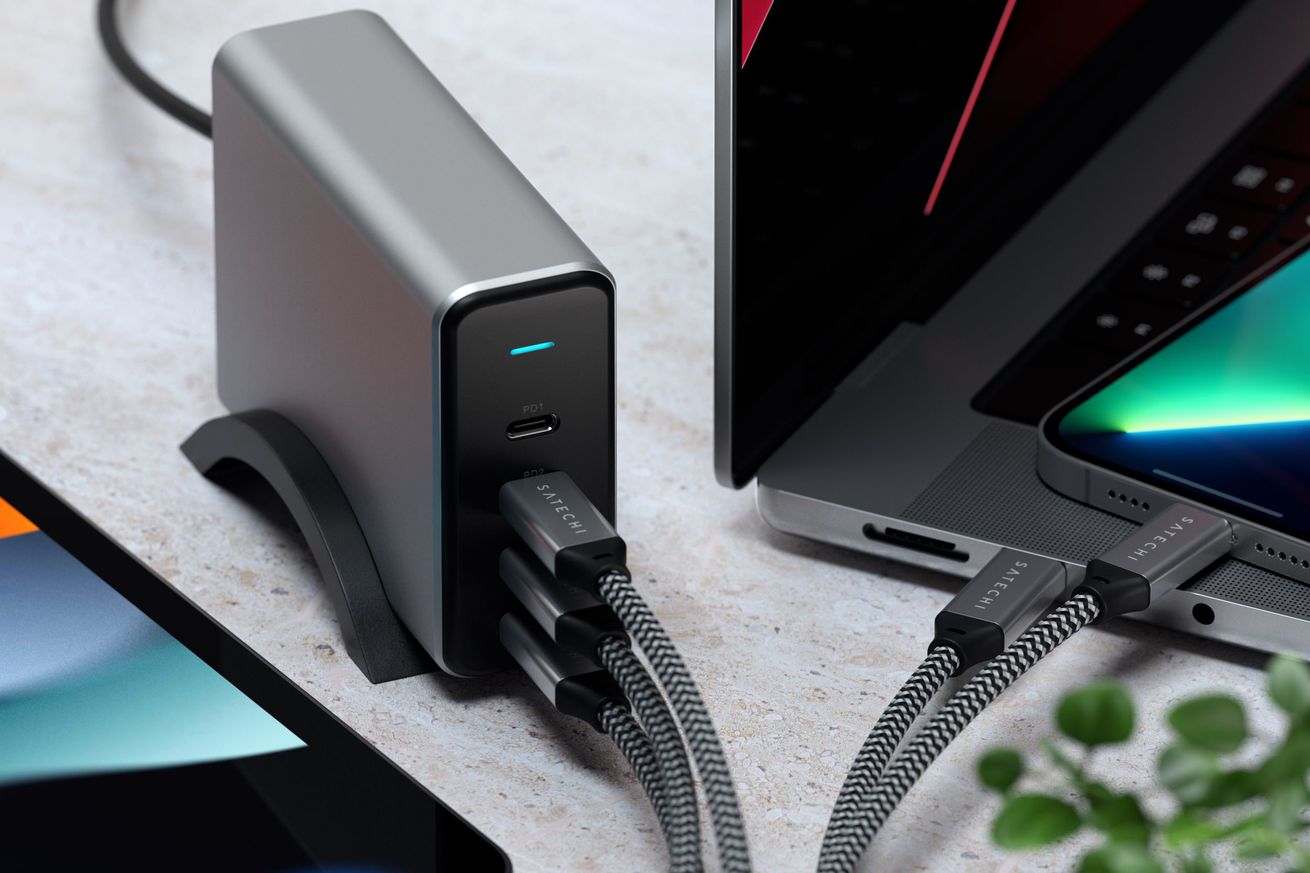 This charger can provide a single device with 100W, even with two other devices plugged in. | Image: Satechi

Satechi has announced a charger with some interesting specs: it has four USB-C ports capable of supplying 165 watts of power at once, and it will sell for $120. It’s capable of pumping out 100W of power for a single device and can even do that while charging one or two other devices, depending on the power they draw.

That’s impressive, given that the 120W Anker brick we wrote about last month (which also had four ports) wasn’t capable of doing the same — it could only charge at a 60W / 30W / 20W split, where the Satechi can do 100W / 30W / 30W. It can also provide two devices with 60W and give the third 45W if you’re more into charging a few lighter-weight computers at a time — for example, maybe a 13-inch MacBook Pro, a Chromebook, and…