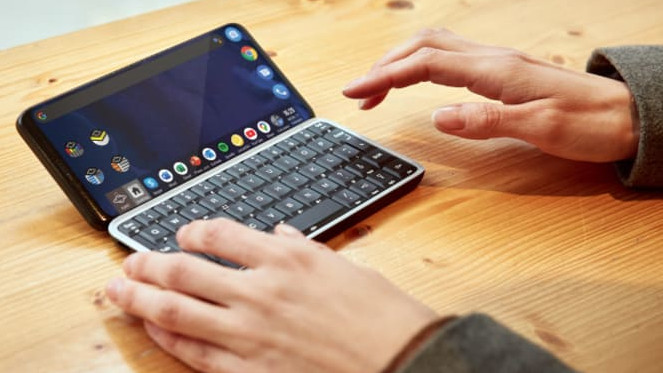 One more smartphone has shown up at CES 2022 – the Astro Slide reminds us of the upcoming Blackberry 5G, because it has 5G compatibility and a physical keyboard, but… well, the Astro Slide is actually available to buy.

This is the third smartphone by independent London manufacturer Planet Computers, and after being announced via a Kickstarter campaign in May 2020, it’s had an official launch at the annual tech event CES 2022.

It seems that the phone is shipping soon, too. That’s at least according to the Kickstarter page, which says it has been delayed from the original date in March 2021.

Judging by the stats on the page, nearly 4,000 units have been sold so far, but you can still pre-order it now if you find the device interesting.

And there’s good reason for you to like the device, especially if you’re a fan of the physical keyboard that very few phones have nowadays. The keyboard is backlit, so you can use it in the dark, and by the sounds of it can also be remapped and re-ordered depending on how you like to type.