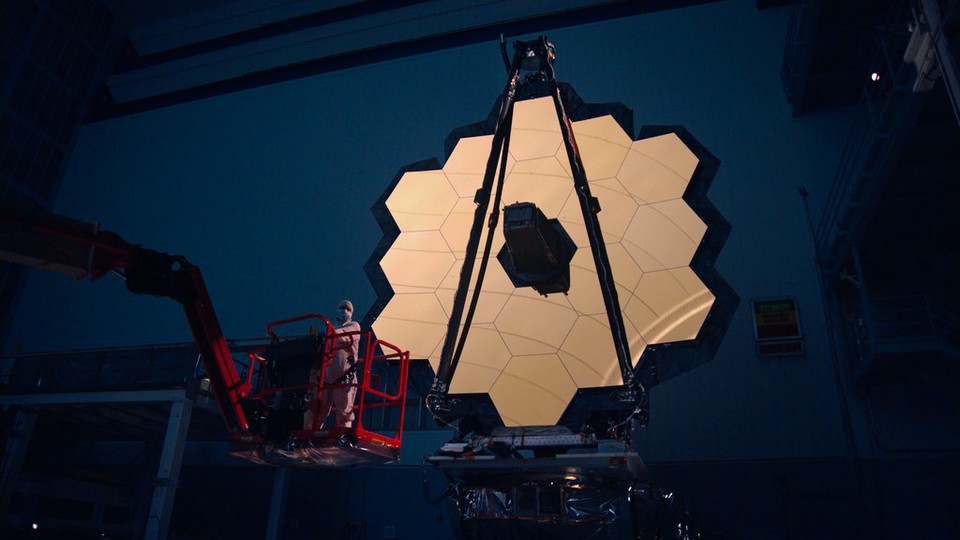 To the world, the new telescope that NASA recently launched to space is one of the most ambitious scientific endeavors in history. It is the next Hubble, designed to observe nearly everything from here to the most distant edges of the cosmos, to the very first galaxies.

Rigby, an astrophysicist, used to bring her young son to the NASA center in Maryland to watch the James Webb Space Telescope being assembled. They would stand together on an observation deck overlooking a giant, glass-walled room and watch the technicians, dressed head-to-toe in protective garments to prevent contamination, do their work. Over the years, they saw the observatory’s 18 mirrors—tiles of a lightweight metal called beryllium, coated in brilliant gold—installed, one by one, then the science instruments bolted into place. “It took him a while to figure out that not everybody has a telescope at work,” Rigby told me. “I remember him asking my wife, ‘So where’s your telescope at work?’”