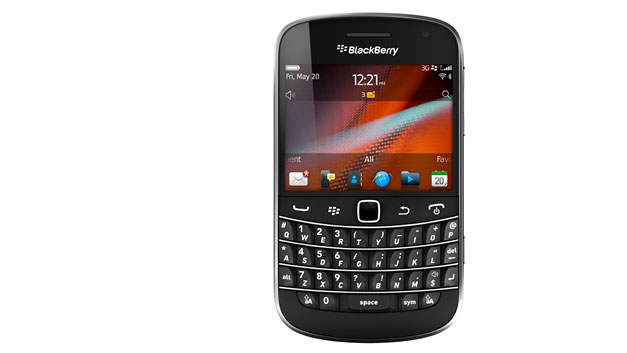 Sometimes, the smallest things have the biggest impact. This was never truer than the blinking notification light – something we hanker after even today. Android phones might serve up an always-on display, but nothing comes close in our retro rose-tinted eyes.

Ignore it? Not a chance. You couldn’t unsee it. The itch that had to be scratched. Who wanted us? Was it important? Only one way to find out..

And you could customize it, too. In the days when anything beyond a polyphonic ringtone was a luxury, this was the gold standard in personalization.

“They all have these keyboards that are there whether you need them or not,” spouted Apple’s seer as he unveiled the iPhone, bashed competitors and pounded the first nail into BlackBerry’s metaphorical coffin. “How do you solve this?”

The keys were tactile with a satisfactory click. Small, but not too small. We could use one hand or two and they always seemed to know what we wanted to say. Even in later years, after flirting and failing with touchscreens, the keyboard came back to BlackBerry because it was what the users wanted. Welcome back, old friend.

Other devices tried – Motorola’s Q had a go, HTC’s ill-fated Facebook ChaCha phone and a few others too. But they were always poor imitations. Rumor had it that the keys resembled Blackberry seeds – hence the company’s name. And once some had a sweet taste of this fruit, they found it hard to give up.

A proprietary message service to lock users in. Where’ve we heard that before? No Apple, you’re off the hook. Because RIM got here first.

For many of us, BBM was the reason to get a BlackBerry. A locked down ultra-secure messaging service that allowed users to DM friends or groups and send files securely. Business users loved it – teens and millennials, even more. Suddenly, ‘what’s your PIN’ was the teenage greeting of choice from people other than just muggers.

And if you didn’t get a reply to your message instantly, you could PING (basically annoy the person who was ignoring you with the digital equivalent of continuously poking them in the face.)

But time waits for no man. BlackBerry’s refusal to open up to other platforms ultimately helped move it into irrelevance. With cross platform options like WhatsApp on the scene, by the time BBM had decided to make itself available elsewhere, it was too late. There’s a lesson there: Don’t hang about.

These days, you’re lucky to get a charger in the box with your smartphone. For all of the company’s corporate faults, generosity wasn’t one.

Unboxing gave us a treasure trove of goodies: from a classy leather holster engraved with the BlackBerry logo to a belt clip (because noughties) to some of the more mundane extras like a sync cable and CD Rom.

Some markets really pushed the metaphorical boat out – including an official chrome RIM charging stand and a polishing cloth.

BlackBerries were premium devices and they cost a pretty penny by the standards of the day. There wasn’t an expectation that customers should be nickel-and-dimed on top. 2022’s market could learn a thing or two.

There are some things money just can’t buy: eternal life, true love, real class. And an endorsement from Oprah. One of the world’s richest stars, she doesn’t say she likes something unless she wants to.

And she couldn’t shut up about her BlackBerry.

In fact, Oprah included the BlackBerry 7105T as one of her 2005 ‘favorite things’ in the bag of goodies given to her audience as part of the annual Thanksgiving show. Some CEOs would sell a kidney for this exposure.

It was arguably the start of RIM (BlackBerry’s parent company) catapulting from corporate to consumer in a big way, with RIM devices appearing in the hands of everyone from Kim Kardashian to President Obama (who had to have a custom ultra-secure version designed.). Not to mention demand among Joe and Jane Public.

This was before the days of the ‘gram, before influencing as we know it – and BlackBerry landed the biggest influencer of them all – on primetime US TV.

BlackBerry App World was the wettest and most feeble app store you could get on a phone. What a letdown.

Ironically, BlackBerries had always been open – allowing external apps to be installed with relative ease. But Apple and Android gave us curated, managed storefronts. RIM followed and failed, breaking our hearts in the process.

Some apps – like Screen Muncher (a fun screenshot app and a particular favorite of ours) – gave the BlackBerry extra functionality. But it was like wading through the dregs of a dirty river to find a diamond – and not even coming across a bit of shiny plastic.

Finding an old phone in a drawer and turning it on to see if it still works is one of life’s great pleasures (we never said we’re exciting folk here at TechRadar).

But if said phone is a BlackBerry, save yourself the trouble – it stopped working as of January 4. BlackBerry hasn’t made a new non-Android phone since 2016. It hasn’t released an operating system in even longer. And now it’s turned the service off, meaning no phone calls, no emails, no messages… nada.

In fairness, the majority of BB owners have migrated to iOS or Android over the years – with the absence of Windows Phone as well, it’s a fairly binary choice these days.

Even diehard BlackBerry fans who wanted mod cons had to migrate to Android: in latter years, a licensing deal with China’s TCL kept the brand name alive with Google’s OS powering the backend.

But now, the life support machine’s been switched off and legacy BlackBerry devices will “no longer function reliably,” says BlackBerry. So let’s be nostalgic for a minute and look at five things BlackBerry got fantastically right – and five things it got badly wrong.