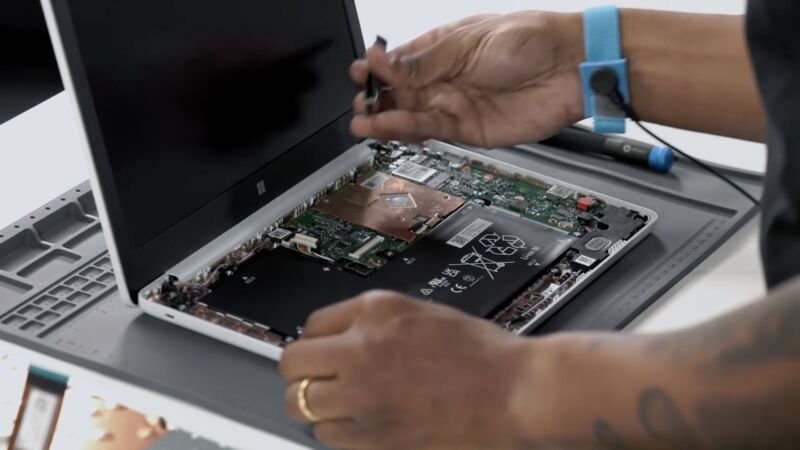 Usually, when you want to see a step-by-step teardown video for a Surface device, you need to go to a third-party outfit like iFixit. But today, Microsoft’s Surface YouTube channel posted its own teardown video for the cheap, education-focused Surface Laptop SE. In the video, a Microsoft engineer completely disassembles the laptop (with iFixit tools, no less) while describing each step as he goes.

Microsoft’s Surface lineup was infamously difficult to repair for years, thanks to the extensive use of glued- and soldered-down components. This has started to shift in recent years, as Microsoft has added user-replaceable SSDs and made other tweaks to make its machines easier to take apart and put back together. Repairability is a selling point for the Surface Laptop SE in particular because the laptop is being marketed to schools, where laptops can be dropped, spilled on, or otherwise abused by kids who may or may not know better.

In response to shareholder pressure, Microsoft has promised to ramp up its repairability efforts in the future, including expanding the …read more