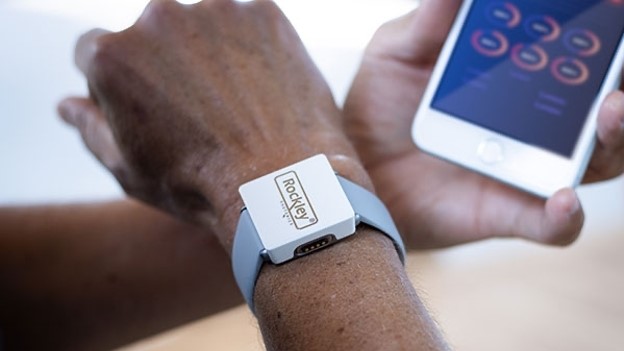 Rockley Photonics has developed a sensor stack that can monitor a wide array of biometrics non-invasively, but we’re not expecting to see it in the Apple Watch 8 (Image credit: Rockley Photonics)

The hardware and software looks promising, and Rockley has consumer wearables in mind, but the device is still undergoing clinical testing, and its reliance on cloud computing to process the harvested data could present a challenge for Apple when it comes to privacy.

It was widely anticipated that last year’s

We’ve got big hopes for the Apple Watch 8, but now it sounds as thought this year’s watch isn’t likely to pack in lots of new sensors – if any. If true, that’ll be a big disappointment to those hoping that the next-gen Apple Watch would be able to track blood pressure, blood glucose, and perhaps even blood alcohol levels.

In his latest PowerOn subscriber newsletter, Bloomberg’s resident Apple expert Mark Gurman gives his predictions for the year ahead, sprinkled with some titbits of insider info – and it’s disappointing reading for anyone anticipating a big overhaul of the Apple Watch for 2022.

In fact, Gurman suggests that the new watch may not even be able to track skin temperature, which is something devices from Fitbit, Garmin, Oura and many others have been doing for years.

“Body temperature was on this year’s roadmap, but chatter about it has slowed down recently,” Gurman writes. “Blood pressure is at least two to three years away, while I wouldn’t be surprised if glucose monitoring doesn’t land until later in the second half of the decade.”

A sense of things to come

Apple itself hasn’t suggested that any of these …read more