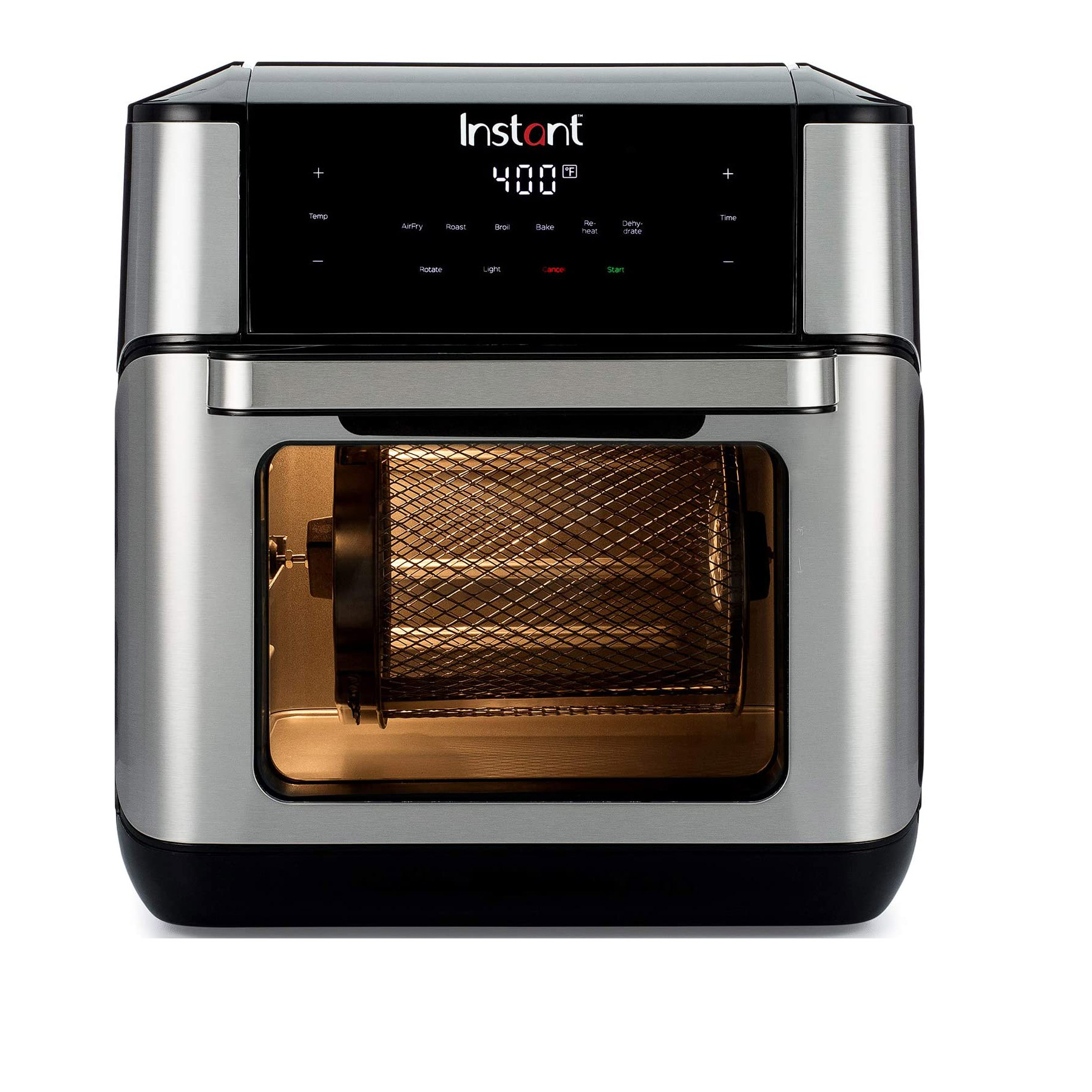 Save $40 – Amazon has knocked 29% off the cost of this stylish black and silver air fryer, which according to Instant uses up to 95% less oil than deep frying. While this isn’t the lowest price we’ve ever seen – it dropped to just $89.95 during Black Friday and Cyber Monday last year, it’s still good value if you’re in the market for an air fryer.

The Instant Vortex Plus 10-quart air fryer will comfortably sit on a countertop, which is handy, as at 19lbs it’s a little too heavy to be lifting in and out of a cupboard. It comes with an array of accessories including a non-stick drip pan and two perforated cooking trays, as well as a stainless-steel rotisserie basket, rotisserie spit, and forks.

It has the same touchscreen controls found on other Instant air fryers, and offers cooking temperatures of between 90 F to 400 F, making it suitable for preparing everything from fries and chicken to fruit chips.

Amazon has slashed 29% off the price of the Instant Vortex Plus 10-quart air fryer and convection oven, reducing it from $139.99 to just $99.99 – that’s close to the record-low price the air fryer dropped to on Black Friday and Cyber Monday. (Not in the US? Scroll down for the best air fryer deals in your region.)

The best air fryers use hot air to crisp and brown the exterior of food, producing similar results to deep frying, but using much less oil for healthier cooking. However, they can be a pricey purchase, so a good air fryer deal is always welcome.

The seven-function Instant Vortex Plus 10-quart air fryer and convection oven builds on the Instant Vortex Plus with the ability to toast and act as a convection oven and rotisserie grill. The air fryer has a pull-down door, rather than a basket-style drawer, and offers a generous 10-quart capacity – Instant says this is enough for up to six portions.

Today’s best air fryer deal in the US