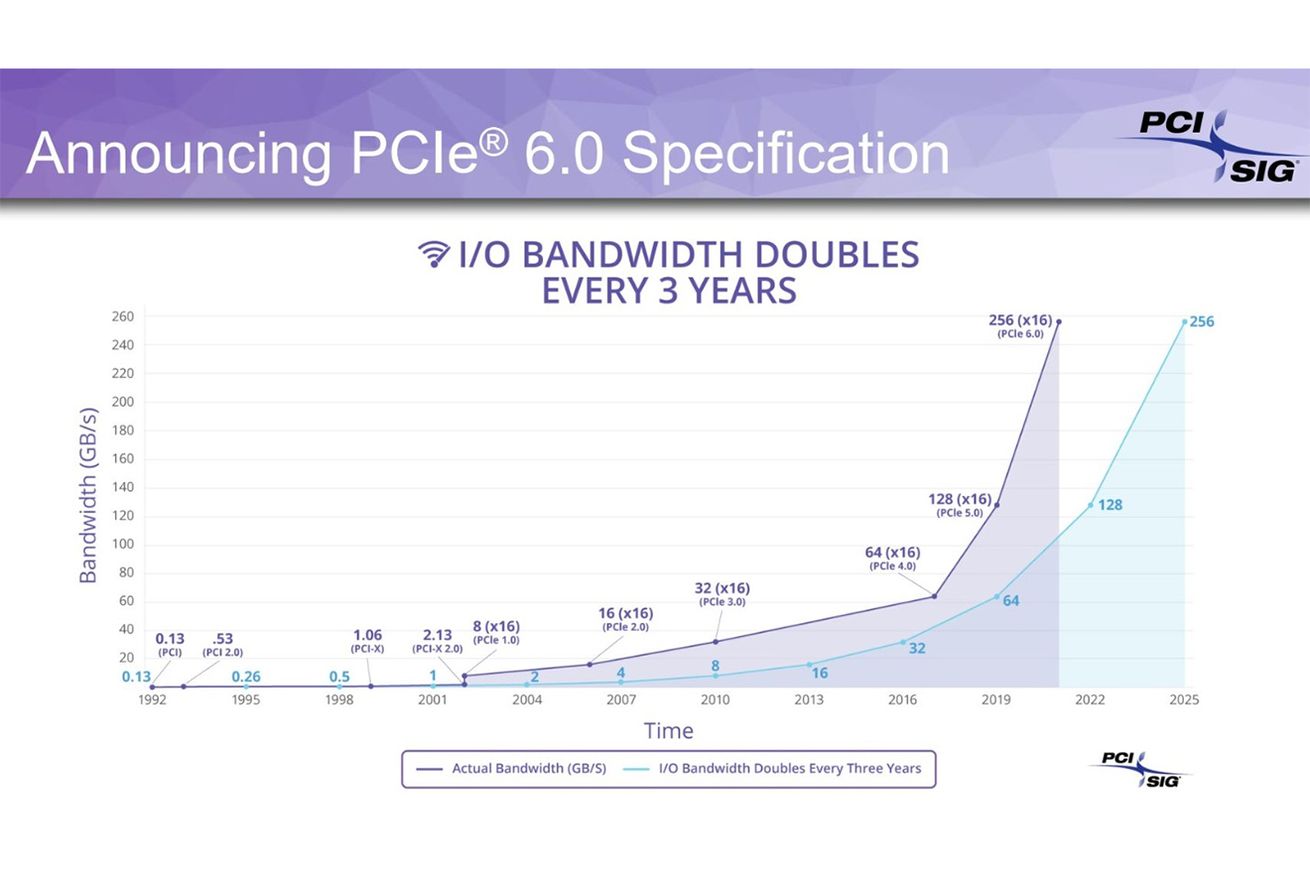 PCI Express 5.0 has only just started arriving on the consumer side, but the specification for PCIe 6.0 has just been finalized. The PCI Special Interest Group has published the final specs for PCIe 6.0, doubling the bandwidth over the 5.0 version up to a theoretical maximum bidirectional speed of 256GBps on an x16 slot (128GBps in a single direction).

The first super fast PCIe 5.0 SSDs appeared just before this year’s Consumer Electronics Show, promising read speeds of up to 14GBps. That was already twice what we’re used to seeing with PCIe 4.0 drives, and with the doubling PCIe 6.0 brings we’d expect to see SSDs offer up to 28GBps in the future.