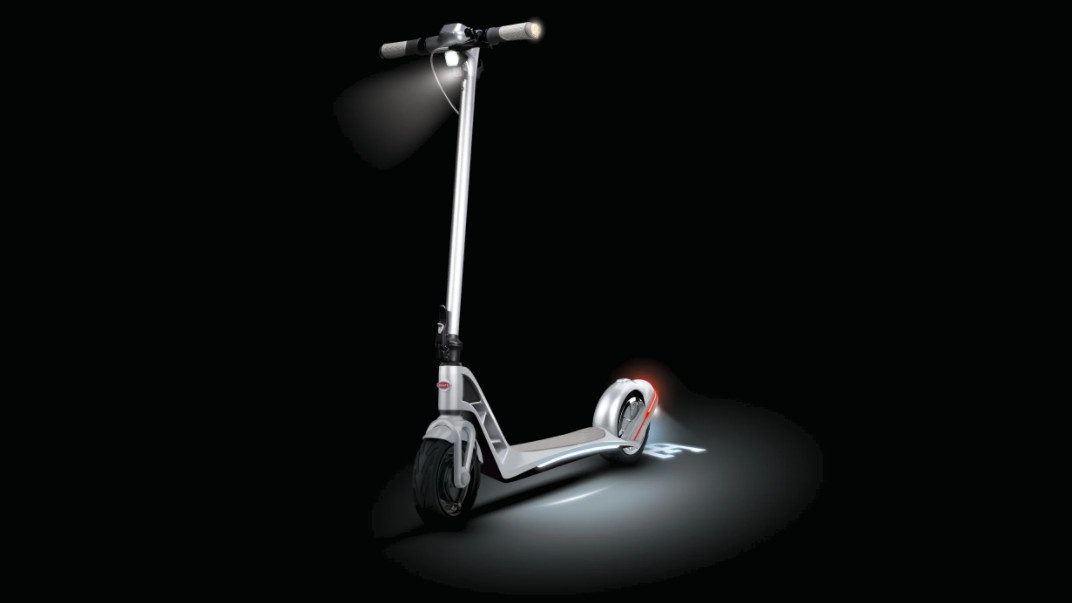 The company has yet to announce a name or a price for the scooter, but considering flashy touches like that rear light and the power of the Bugatti name, we’re expecting it to be considerably more than a scooter with similar specs from a less illustrious brand.

Bugatti, best known for its supercars, has unveiled its first electric scooter, and its specs are surprisingly pedestrian. The scooter was built in collaboration with Bytech International – a company better known for its gaming headsets and true wireless earbuds – and was quietly unveiled at CES 2022.

Taking a look at the scooter’s stats, it’s no surprise that it didn’t make waves on the show floor. It’s reasonably light, tipping the scales at 15.8kg (slightly lighter than our current top-rated scooter, the Pure Air Pro (2021), but has a top speed of just 18.8mph – the same as the unassuming Segway-Ninebot ES4.

This seems to be a scooter built for everyday city riding rather than performance, but at just 22 miles in normal conditions, its range is well below average. That’s down to Bugatti and Bytech’s choice of a modest 36V 10Ah battery.

What’s in a name?

The scooter flew under the radar at CES, but was spotted by Lewin Day at The Drive, who noted that despite its humble specs, it borrows several design cues from Bugatti’s cars. These include a choice of French blue, silver, and black finishes, plus a digital dash display, turn …read more